When Hilary died, I had a great deal of sympathy for Devon.  Yes, he is grieving and he is angry, but does he have to take everything out on Lily?  She feels bad enough and she has to live with what she's done for the rest of her life.  Lily has confessed to the police.  She has taken responsibility for her careless actions.  Why is she beating herself up?  She practically expects to get a 20 year sentence, despite having Michael Baldwin as her lawyer.  What kind of lawyer is Michael if he can't get the sentence reduced or community service and probation for her.  She has no criminal record.

Victoria and Nikki are basking in the glory of being Genoa City's "power couple.  They are so rich and powerful that they have hired Dr. Nate as their personal physician.  They don't have to wait in line to get a family doctor and I'm sure they have medical insurance, unlike millions of Americans.

Nick has spent so much time trying to distance himself from his ruthless father, Victor Newman.  The irony is that he is becoming more and more like "The Moustache."  He even gave his own daughter, Summer, a huge amount of money to keep quiet about his tryst with Phyllis.  That's outright bribery.  Sadly, Nick Newman has fallen to the level of his father.  Nick told Summer he was disgusted with himself, as he should be.  Yet he still offered her the bribe.

As for Snowflake, I have little doubt she'll succeed in her conquest of Billy.  He is weak-willed and undisciplined.  I'm surprised he's held out this long.  Once he learns of Phyllis' infidelity with Nick, he'll go straight to Summer.  Summer will get what she wants, but she may live to regret it.

Who is this mysterious new character in town - Rey?  He resembles Billy a bit and he's somehow linked to J.T. Hellstrom.  He's really out to cause trouble for the Newman family and their associates..  Rey seems to be investigating people linked to J.T,. but we do not know if he is on the right side or the wrong side of the law. He has a bulletin board with J.T.'s photo in the middle, surrounded by photos of the Newmans and others involved with J.T.

What's going on with Neil Winters and Ashley Abbott?  First they agreed to remain friends.  Then Neil began dancing with her and romancing her again.  Now it seems that Ashley is giving him the cold shoulder.  When he phoned her, she abruptly dismissed him and told him she was busy with work.  That's the way she treated Ravi. It looks as though she doesn't want any strong attachments right now.  Business comes first with her and everything else is secondary.

Here are some comments from CC in Etobicoke, Ontario in response to a previous poll question about the most annoying characters on Y&R.  The characters listed in the poll were Shauna, Abby, Arturo, Kyle, Charlie, Summer and Tessa.


These characters, except for Abby and Kyle, have shallow purposes in the plots that have been created for them.  They are not particularly strong actors and add nothing to the drama of the show that is sustainable.  Actually, you can throw Abby and Kyle back into the mix.  Kyle needs to his his mojo back, put Summer in her place and assert himself to be legitimately successful instead of trying to get ahead the sleazy, easy way.  Abby is just wishy-washy, neither a smart and capable businesswoman, nor a good judge of men.


I agree with you that Kyle should stand up to Summer.  With everyone else, he is very aggressive and pushy.  With Summer, it's different.  He's the one who melts in the presence of Snowflake.  He allows her to manipulate him and always does her bidding.

Kyle is very impatient, as you point out, and refuses to wait for advancement.  He wants business success and he wants it now.  He refuses to wait his turn.  He doesn't want to take the time to climb the ladder. of success.  He wants to go right to the top rung, while skipping all the other rungs, even if it means being sleazy and underhanded.  He even dug up Philip Chancellor's grave.  When it comes to Summer, however, Kyle becomes a big blob of jelly.  She wraps her little finger around him and has him right where she wants him.

It's a shame because Kyle is smart and talented.  He could go far if he (to use your words) if he asserted himself legitimately."  He also has to stop fawning over Summer.  She just uses him.

Abby is not the sharpest knife in the drawer and you are also absolutely right about Abby's judgement of men. She has a tendency to get involved with the wrong ones.  Just look at her track record - Daniel Romalotti, Austin Travers (Summer's husband), Dr. Stitch, Zach (criminal, ran a sex ring), Scott (boyfriend of Sharon).  Wow!  Abby really knows how to pick them.  At least Arturo doesn't have a girlfriend or a wife (although we can never be too sure of that). 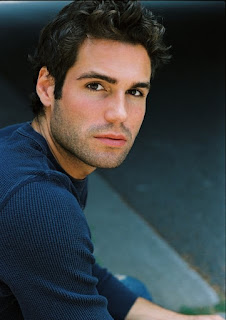 Jordi Vilasuso is the newest mystery man in Genoa City.  The 37-year-old Cuban-American is a native of Miami, Florida.  He is best known for his role as Tony Santos on Guiding Light from 2000 to 2003. He won the Daytime Emmy for Outstanding Younger Actor in a Daytime Series for his portrayal of Tony. Y&R is Jordi's  fourth soap.  He also played Griffin Castillo on All My Children and Dario Hernandez on Days of Our Lives.

Jordi has been married to actress Kaitline Riley since August 25, 2012 and they have two children. 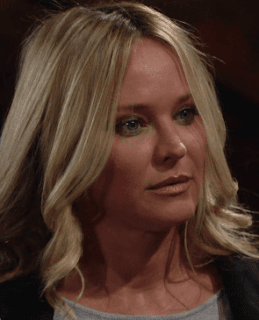 Sharon and Nick are about to tie the knot for a second time.  However, I wouldn't give their second try much chance of success.  They are both keeping huge secrets from each other.  Nick doesn't know about Sharon's part in the J.T. fiasco.  Sharon doesn't know about Nick and Phyllis.  So, the marriage might not even happen.  What do you think, fans?  Respond to the poll below and let me know if you think the wedding will happen.

Do you think the wedding of Sharon and Nick will take place?
Create Online Quizzes


That's all for now.  Don't forget that the next edition of Y&R Report will appear in this space on Saturday, September 1, 2018.