What's going on with Richard Simmons? 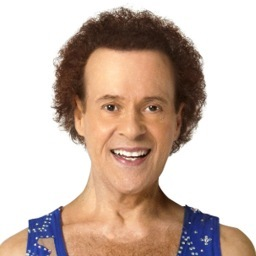 Richard Simmons has often been described as flamboyant, energetic, campy and eccentric.  The world famous fitness guru was a fixture on television for decades.  He is known for his exercise videos based on  his "Sweatin' to the Oldies" workout routine.  He is also known for his trademark attire - glitttering tank tops decorated with Swarovski cyrstals, and his signature candy-striped Dolphin shorts.  In recent years, Richard has become quite reclusive and has shunned the spotlight.  The 71-year-old "clown prince of fitness" has not made any major public appearances since 2014 and his fans have been concerned about him.  So, what's really going on? 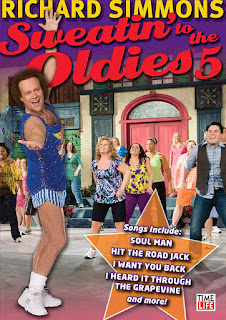 Milton Teagle "Richard" Simmons was born in New Orleans, Louisiana on July 12, 1948, the son of Leonard Douglas Simmons Sr. and Shirley May (née Satin).  Richard and his older bother, Leonard Jr., grew up in the city's famed French Quarter.  Leonard Sr., who was raised a Methodist, worked as a master of ceremonies and then in thrift stores.  Shirley May, who came from a Russian Jewish background, was a travelling fan dancer and later became a store cosmetics saleswoman.

Below is a photo of Richard and his parents and his brother, Leonard Jr. known as "Lenny."  Richard is the younger boy on his mother's lap. 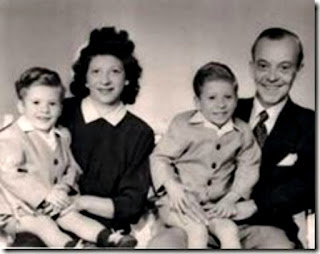 At a young age, Richard converted to Catholicism and attended Cor Jesu High School (now known as Brother Martin High School) in New Orleans.  He later enrolled at the University of Louisiana at Lafayette, but switched to Florida State University in Tallahassee, where he earned a B.A. in Art.  While in college, he changed his name to "Richard" to honour a beloved uncle who had helped him with his tuition payments.  After college, Richard went to New York City, where he worked in advertising and was also employed by Revlon and Coly Cosmetics.

Richard Simmons had been an overweight child and was obese by the time he graduated from high school.  He attempted to lose weight via pills, laxatives and fad diets.  He finally decided to turn to healthier methods such as exercising and eating more more nutritious food.  In the early 1970s, Richard moved to Los Angeles, where he started out as a maitre d' at a restaurant there.  In 1974, he began his weight-loss and fitness career by opening a fitness studio called "The Anatomy Asylum" in Beverly Hills, California.  It was designed especially for obese people. and its name was eventually changed to 'Simmons Studio."
.
In the 1980s, Richard hosted his own TV talk show, The Richard Simmons Show, which was nominated for seven Daytime Emmy Awards and won four.  The show ran for four years, from 1980 to 1984, and was a big hit.  It focused on personal health and fitness.  Richard has also been a frequent visitor on the late night television and radio talk show circuit.  He was a guest on The Late Show with David Letterman and The Howard Stern Show.  He has also made appearances on celebrity game shows such as Body Language, Super Password and Lose or Draw.

When Richard Simmons suddenly disappeared from the public eye in February of 2014, his absence sparked many rumours and much speculation.  Not only did he retire from public life, he stopped teaching his regular fitness classes at his gym.  He even ceased corresponding with his fans.  Although Richard assured people that he was fine via audio tapes, some members of the media and of of the public remain skeptical to this day.

In June of 2016, Richard was hospitalized.  His housekeeper said he was behaving strangely., but Richard issued a statement saying he was suffering from dehydration.  There were rumours that this housekeeper was holding Richard hostage.  In an audio interview with Today host Savannah Guthrie, Richard vehemently denied the allegations.  He stated, "No one is holding me in my house as hostage.  You  know I do what I want to do as I've always done, so people should just believe what I have to say because I'm Richard Simmons."

There was also speculation that Richard was transitioning into a woman.  Simmons is very private about his personal life and doesn't discuss his sexuality.  He has never publicly stated that he is a homosexual.  (In May, 2017, Richard sued the National Enquirer, Radar Online and American Media for libel and false claims that he was undergoing gender reassignment.  In September 2017, he lost the lawsuit).

In October of 2016, Richard announced on Facebook that his landmark Simmons Studio would be closed down on November 19th of that year.  He hadn't been seen at the studio in years.  In a statement to Entertainment Tonight, Richard wrote: "In 1974 I opened Simmons to help people make positive changes in their lives by having fun while exercising.  It was a place to make friends, listen to and learn from others, lose weight and gain confidence  . . .  I've dedicated my life to helping others feel better about themselves and they helped me do the same.  Thank you for always  supporting and loving me.  I will take the time for myself to be the best I can be and so should you.  I love you - always keep sweatin'!"

On February 15, 2017, the first episode of the podcast Missing Richard Simmons was launched.  Its purpose was to investigate why Simmons left the media so abruptly and without notice. It hosted by journalist Dan Taberski, former producer of The Daily Show, and was created by Stitcher, First Look Media and Pineapple Street Media.

In March of 2017, Los Angeles police detectives conducted "welfare check" of Richard's home.  The LAPD issued a statement that he is "perfectly fine" and that right now he is doing what he wants to do and that it his business."

The March 22, 2017 edition of People magazine had a cover story about Richard Simmons'' withdrawal from the public spotlight.  According to the  People article, "many of Richard's inner circle say that his life of solitary seclusion is self-imposed."  Richard's brother, Lenny, was quoted as saying, "My brother is fine.  He's not sick.  There's nothing medically wrong with him at all.  These things about him transitioning into a woman are ridiculous.  My wife Cathy and I were out there for Christmas and spent five days with him and I can assure you, he's not transitioning into anything but himself." 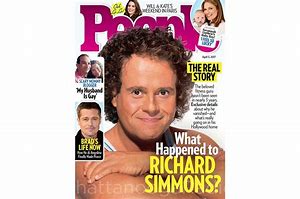 Lenny provided a simple explanation for Richard's absence from public life.  "After 40-some-years," said Lenny, ''he just decided that he wants to rest.  He's 68 years old now and he just wants time for himself."

According to Lenny, Richard keeps busy at home by watching television, cooking, reading, tending to his pets - he tends to a multitude of hummingbirds - and gardening.  His hair is greyer and he has grown a beard.  Lenny told People that Richard must be exercising because he looks fit.

In June of 2019, USA Today reported that, according to Tae Bo master Billy Blanks, Richard "may return to the public eye soon."  Blanks said that he believes that his friend will make a comeback after taking time to care for himself.  Simmons' representative, Tom Estey, refused to comment on Blanks' statement.

In September of 2019, it was reported that the U.S. government claimed that Richard Simmons owed a grand total of $23,018.80 in back taxes (between 2007 and 2015).  That news sparked more speculation about Simmons' well-being.  It seems that the press and the public can't believe that Richard would voluntarily leave the limelight for some rest and relaxation.

* Richard once studied to be a priest.  After finishing high school, he spent almost two years at a Dominican seminary in Iowa.  In 1984, he told the Chicago Tribune that "I didn't look anything like a priest . . . I was rather on the loud side."

Richard replaced Alex Trebek as host of Value Television, a 1987 home shopping show.  However, the show was short-lived.

* In September of 2005, Richard appeared on Entertainment Tonight to discuss the impact of Hurricane Katrina on his hometown of New Orleans and his campaign  to aid those affected by the disaster.

* In 2008, Richard became politically active by supporting legislation mandating non-competitive physical education in American pubic schools as part of the No Child Left Behind Act.

* Richard lives alone in his Hollywood Hills home with his pet Dalmatians. According to the Denver Post, he named his three canines Scarlett, Pittypat and Melanie, after characters from Gone with the Wind.  Richard seldom leaves his house, which he has attributed to an injured knee.

* Richard has written a memoir entitled Still Hungry After All These Years: My Story (1999).