Nicholas Newman is about to enter politics, but his political career will come to an abrupt and screaming halt, as will his relationship with con woman Chelsea Lawson.  Chelsea learned the tricks of the trade from her grifter mother, Anita (Catherine Bach).  When her money laundering of the ill-begotten money of her late husband, Calvin, becomes public knowledge, as it most certainly will, boyfriend Nick's run for City council will be toast.  Nick Newman has got to be the biggest loser in Genoa City.  He cannot sustain a relationship and he cannot succeed in his business and political endeavours.

The chickens have come home to roost for Chelsea.  She's in full panic mode, but I can't muster up much sympathy for her. She didn't have to get involved in illegal money laundering. She is wealthy enough and she is a partner in the Grand Phoenix.  She is just plain greedy.  Chelsea foolishly risked everything, including her relationship with Nick.  As a result, she has been stalked and threatened by the shadowy Simon Black.  Her frightened son, Connor, is in grave danger and Adam has had to step in.

Chelsea also drew Kevin and Chloe into her money laundering scheme.  Those two, who have never displayed good judgement, foolishly went along with it  When the truth comes out, Kevin will lose his job at the police station.  Paul Williams will be terribly angry and disappointed with him, as will his long-suffering brother, District Attorney brother, Michael Baldwin

Well fans, I never thought I'd see the day when Victor Newman would be retired and watching The Price is Right.  Yet that is what he told Nikki he had been doing.  Say it ain't so!

Theo Vanderway is behaving too well.  It can't last, at least not on a soap opera.  I still don't trust him.  His intentions may be sincere.  He may be trying to change and to turn over a new leaf.  However, he's facing financial difficulties.  His "influencing" business is not going well.  He's starting to get desperate.  He's eventually going to want a piece of the Abbott pie, especially after having read that Jabot is cashing in on its merger with Ashley's company.  He'll reason that since he's Dina's grandson, he has a legal right to some of her fortune (which is true).  I also think Theo could be falling for Lola.

Kyle Abbott is wise to keep his guard up where his "cuz" is concerned.  He should also listen to Uncle Billy Boy's advice. When Kyle told Billy he regarded Theo as a nuisance, Billy was very blunt and realistic.  He warned Kyle in so uncertain terms that Theo was a "threat."  Kyle needs to change his strategy.  He has been playing his cards all wrong.  He should not be so openly hostile to Theo.  Theo is definitely taking a smarter approach.
.
By outwardly showing his disdain for Theo, Kyle is driving a wedge between himself and Lola, especially since Theo has been acting like an angel lately .  Kyle should keep his doubts to himself.  His attitude toward Theo makes him appear petty and immature to Lola and the rest of his family, while Theo, on the other hand, seems respectful and reasonable.

It seems that anyone can just saunter into Lola's kitchen and she always seems to be working alone there.  I can't imagine that any kitchen in any respectable restaurant would allow that.

If you have any comments on Y&R, please email them to me with "Viewer Forum" in the subject line. I will be happy to publish your comments and reply to them  You do not have to use your real name.
My email address:  jmadden16@yahoo.ca
Here are some comments I received in an email from regular contributor CC in Etobicoke, Ontario:

As far as the storyliens are concerned, although I am not a fan of the character of Theo or the actor who plays the role, the storyline that he is Dina's grandson could lead to future intrigue.  It may open the door for a quick exit for Dina's character.

Poor Nick.  He has never been able to find his passion when it comes to his life's work.  Being in politics may put him in the hot seat for future storylines, but he will need to hone his character to sustain it.

Chelsea can never shed the stigma of her original persona . . . a con artist . . . like mother like daughter.  I don't think fans can forget that she's Johnny's biological mother, especially when she's being so effusive in protecting Connor.  The writers need to get a fix on that.

So far, Hilary's look-alike character, Amanda, has been a wash, but I expect that will change soon.

I am not a fan of Theo's character either, CC, but I think Tyler Johnson, the actor who plays him, is doing a good job.  I agree with you that his storyline as Dina's grandson will lead to future intrigue.  Dina has met Theo and she mistook him for his father, Eric, the son she gave up for adoption.  She had a sense of relief that her son had turned out all right and she was touched that she had met him.  This means that Dina will probably pass away soon.  As her grandson, Theo will consider himself the legitimate heir to a chunk of her fortune.

Yes, Nick can't seem to succeed in his career or his love life.  Some of his problems have been due to bad luck, others to poor choices.  His longest relationship was his ten year marriage to Sharon.  I think he is best suited to Sharon, but the writers broke them up for storyline purposes.  Although Sharon is with Rey right now, I think she will reunite with Nick sometime in the future.  As for his career, Nick has tried various business endeavours - The Underground Restaurant, Restless Style magazine and a real estate company called Dark Horse,  His foray into politics will fail, due to Chelsea.

You made a good point about Chelsea.  We have never seen her give much of a thought to Johnny, the son she gave up to Billy and Victoria.  It's almost been forgotten that she's his biological mother.  Maybe sometime in the future, when Johnny is older, his relationship to Chelsea will come into play.  Also, Connor doesn't know he has a brother.  He is bound to learn about that someday.

It looks as if Mishael Morgan's new character, lawyer Amanda Sinclair, is sticking around.  She's going to defend Dr. Nate Hastings in his case regarding Victor Newman's fake death.  She may become romantically involved with Nate or possibly with Devon.  That will be interesting.  Amanda is very mysterious and her past has not yet been revealed.

Meanwhile, Philip Chancellor IV, known as Chance, has finally surfaced.  A different actor is playing the role.  He seems meaner and has much more of an edge to him.  Has something happened to him or have the writers just changed his personality? 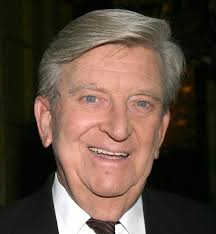 Longtime Y&R fans will remember William Wintersole.  He portrayed Mitchell Sherman, Katherine Chancellor's lawyer and friend,  from 1986 until 2011.  The veteran actor passed away on Tuesday, November 5, 2019 due to complications from cancer.  He was 88 years old.

William Wintersole's film and TV career began in the 1960s.  He appeared in episodes of Mission Impossible, Emergency!, I Dream of Jeannie, Kojak, Little House on Prairie ,The Fugitive and Star Trek: The Original Series.  He also played Ted Ballantine on General Hospital from 1980 to 1986.


Donny Boaz is the new Chance


It's about time!  Philip Chancellor IV, better known as "Chance", has finally surfaced in Genoa City.  The role of Chance has been recast and Donny Boaz is now playing the part of Jill's grandson.  He seems meaning than the old Chance and he has much more of an edge.  We will soon find out what's happened to this "boy scout."

Donny Boaz was raised in a small town south of Dallas, Texas.  He played college football and modelled for Abercrombie and Neiman Marcus.

Donny is going to stay around The Young and the Restless for a while.  He tweeted that he has signed a multi-year deal with the show.  He is new to daytime TV, but fans will recognize him from his roles as Max Burns on NCIS: New Orleans and Bo McCabe from the Dallas reboot.

CAST NOTE: There is some sad news to report.  Mishael Morgan's (Amanda) father, Michael, died at the age of 67 on November 5th.


Adam Newman (Mark Grossman) has had relationships with both Chelsea and Sharon.  Which woman suits him best or should he become involved with someone else? What do you think, fans?  Respond to the poll below and let me know.

Who is the best match for Adam?
Make Quizzes

The eighth annual annual Toronto OpportunitiTea high tea in support of the March of Dimes Canada will take place at the Royal York Hotel on December 8th, 2019.  The event features Kate Linder (Esther Valentine) and her actor friends from The Young and the Restless - Christian LeBlanc  (Michael Baldwin), Sharon Case (Sharon Newman), Mark Grossman (Adam Newman) and Christel Khalil (Lily Winters).  For more information on this event, click on the link below.  By the way, I will be attending and I am really looking forward to meeting Mark Grossman for the first time ( I have seen the others before and they are wonderful.


For more information on this event, click on the link below.


That's all for now.  Don't forget that  next edition of Y&R Report will appear in this space on Saturday, November 23, 2019.  The November sweeps will be in full flight, with American Thanksgiving and Christmas just around the corner.