You wanted to know . . . about Mayf Nutter (Bobby Bigelow) and Doney Oatman (Betsy Morgan) and their "Waltons" episodes 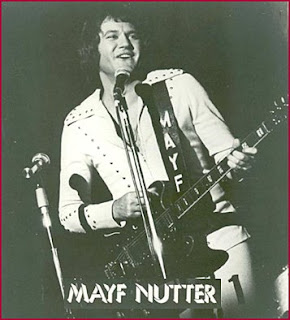 Mayf Nutter was born Mayfred Nutter (Adamson) on October 19, 1941 in Jane Lew, West Virginia.  According to IMDb.com, his name was shortened to "Mayf" in 1957, when he was playing on the All-star Babe Ruth baseball team.  A sportswriter, who had difficulty spelling his name correctly, wrote "MAYF" and the name stuck.  In most sources, "Adamson" is shown to be Mayf's original surname and Nutter" his middle name.  However, according to his biography on  IMDb, the name "Adamson" was suggested by singer Pat Boone because"Mayf Nutter" sounded like a "comedic singer."

Mayf comes from a musical family. He was first heard on radio at the age of 12 and later hosted his own music show on a local television station.  Mayf cut his debut recordings in Atlanta, Georgia and then moved to California in the late 1960s.  In September of 1967, he joined The New Christy Minstrels.,an American ensemble folk group founded by Randy Sparks in 1961.  He also had a stint as lead guitarist for Del Shannon.  After leaving The New Christy Minstrals, Mayf  had his first solo hit in 1970 with a tribute to Johnny Cash entitled "Hey, There, Johnny."

Maif's character. Bobby Bigelow, was lead singer and founder of a band called Bobby Bigelow and the Haystack Gang.  The band played the Jefferson County, Virginia area, the fictional mountain-area community which provided the setting for The Waltons.  Bigelow hired Jason Walton for the salary of $3.50 a night to play guitar and sing in his band.

Mayf and Lindsay have three children - daughters Sage and Haylee, and son, Chase.  Below is a 2005 photo that shows Mayf with "son, Jerry."  I haven't been able to determine if Jerry is Mayf's son from a previous marriage or relationship or if the photo caption is incorrect. 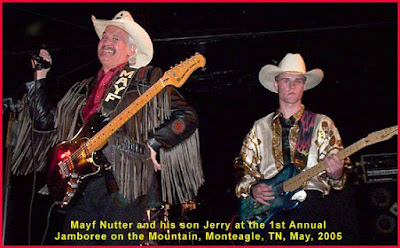 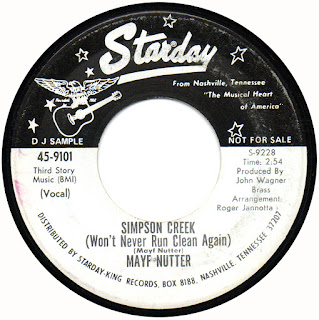 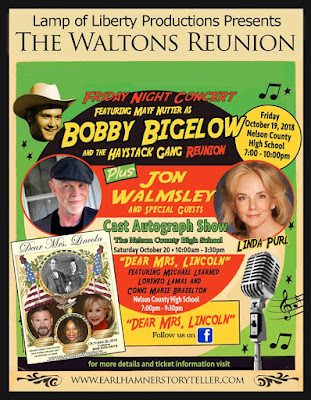 * Mayf and Lindsay both appeared in Lone Star Bar & Grill, a 1983 television series - the first Showtime produced series. Based on a true story, it was about a group of housewives prostituting themselves out of a bar in Dallas, Texas.  However, due to a management changed at Showtime, the R-rated show was not picked up, despite high ratings.

* In 1982. Mayf became the first American country performer to appear on Chinese television. 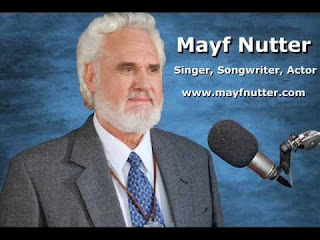 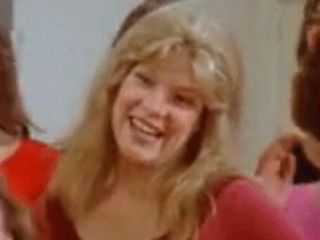 Doney Oatman (born 1958) made her name as a child actor in the 1970s.  She played Felix Unger's (Tony Randall) daughter, Edna, in three episodes of The Odd Couple, from 1972 to 1975.  Doney was the second actor to play the role of Edna,  The first Edna was Pamelyn Ferdin,

In a 1974 episode of The Odd Couple, Doney, as Edna Unger, runs away because her father keeps her from attending a Paul Williams concert.  The episode is entitled "The Paul Williams Story" (Season 5, Episode 9, Air Date: November 7, 1974).

Below is a photo of Doney with Paul Williams in the Odd Couple episode. 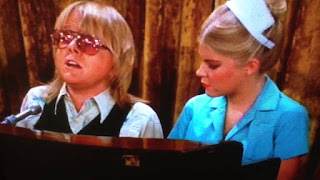 
Betsy Morgan, Doney Oatman's character was a schoolgirl who ran errands Bobby Bigelow and his band.  Below is a photo of Doney as Betsy Morgan and Jon Walmsley as Jason Walton in an episode entitled "The Breakdown."  In the episode, Jason spends too much time playing with his band.  As a result his school work, music lessons, and health begin to suffer.  At a barn dance, Betsy Morgan's date, Ralph, becomes rowdy and jealous after drinking too much.  Jason protects her by taking her home and insists that she sleep on the porch.

After The Waltons, Doney appeared as Jackie in a 1977 TV movie entitled The Spell, a horror/drama film starring Lee Grant and Helen Hunt.  That same year, she portrayed McCain in another television movie, Delta County, U.S.A,, about life in a small community in the American South.  She also had a role in a television mini-series called Little Vic. about the life of Gillie Walker, a 14-year-old orphan from Harlem who becomes a jockey.  Doney played Julie Sayer in the February 23, 1977 episode of the 6-part series.

Doney acting career was short-lived and there is very little information on her online. That leads me to believe that she wishes to lead a private life.  A blogger posted this photo and identified the woman in it as Doney Oatman.  I cannot verify that this is indeed Doney.

* From 1974 to 1977, Doney Oatman appeared in three ABC Afterschool Specials.