Keeping Up With Cindy Williams 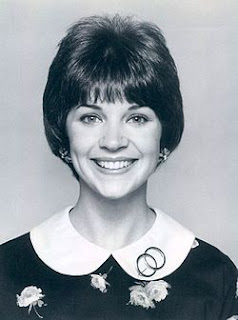 It's impossible to convey to anyone born, after, say 1968, just how big a pop culture phenomenon the "Laverne & Shirley" show was in the 1970s.  But more than four decades after the "Happy Days" spin-off - which showcased the shenanigans of Penny Marshall and Cindy Williams as respectively, brewery workers and best friends Laverne DeFazio and Shirley Feeney - the connection of the beloved stars to their millions of fans still resonates.


Cindy Williams was born Cynthia Jane Williams in Van Nuys, California on August 22, 1947, to Francesca "Frances" (née Bellini), the daughter of Italian immigrants from Catania, Sicily, and Beachard Williams, an electronic technician.  Her father, Beachard, was an alcoholic,.and according to Cindy, there was humour in their household when he was sober.

When Cindy was one-year-old, her mother moved with her to Dallas,Texas, to be with Cindy's maternal grandmother., In Dallas, Frances, a professional waitress, waited on tables at a posh restaurant.  When Cindy was ten years old, however, the family returned to the San Fernando Valley.  Cindy has a sister, Carol Ann.  Her half-brother, Jim, is deceased.  Growing up, Cindy really enjoyed watching TV and her grandmother had the first television on the block.

In 1965, Cindy graduated from Birmingham High School in Van Nuys, where one of her classmates was actress Sally Field.  She went on to attend Los Angeles City College, majoring in theatre arts.  After college, Cindy worked as a waitress while auditioning for television ads, TV guest spots and feature films.  She appeared in television commercials pitching Foster Grant sunglasses and TWA.

Cindy had bit parts in episodes of TV shows such as My World and Welcome to It (1970) and Nanny and the Professor (1971).  Her first noteworthy television work was in the high school drama Room 222, with director James L. Brooks.  From 1969 to 1971, she played Rhonda/Rita Zagor in three episodes of the series.  In 1971, Cindy also portrayed a teenage wife in six episodes of the short-lived series, The Funny Side, which explored the humorous side of married life via comedy sketches and production numbers.  She remembers stepping on host Gene Kelly's foot while dancing with him.

Cindy had the good fortune to be cast in three critically acclaimed films early in her career.  Famed director George Cukor cast her as Tooley in his 1972 comedy Travels with My Aunt.  Cindy's next big break came when she portrayed Laurie Henderson, the girlfriend of Ron Howard's character, Steve Boland, in the 1973 George Lucas movie, American Graffiti.  She won a BAFTA nomination for Best Supporting Actress for her role in that hit film.  She also had a role as Ann in Francis Ford Coppola's 1974 mystery thriller, The Conversation   It is interesting to note that Cindy auditioned for the role of Princess Leia in George Lucas' next film, Star Wars, but lost out to Carrie Fisher.


In 1975, Cindy was cast as Shirley Feeney, a Milwaukee brewery worker, in an episode of Happy Days.  Penny Marshall, who was a writer on the show with Cindy, was cast as Laverne DeFazio, Shirley's best friend and roommate.  The two were employed as bottle cappers at the Shotz Brewery.  They were introduced as Fonzie's (Henry Winkler) gal pals. After appearing on a few episodes, they proved so popular that Gary Marshall, Happy Days' producer, and Penny's brother, commissioned a spin-off series for their characters.  Laverne & Shirley premiered in 1976 and ran for eight seasons (until 1983) on the ABC network.  The show was a huge hit and was American television's top-rated show in the 1977-78 season.

For years, viewers watched the blue collar workers dance happily down the street singing "Schlemiel! Schlimazel!  Hasenpfeffer Incorporated!" during the opening credits, followed by the show's theme song, "Makiing Our Dreams Come True."  Cindy and Penny complimented each other perfectly in their roles. Laverne DeFazio was outgoing, quick-tempered and cynical, while Shirley Feemey was sweeter and more naive.  In her 2013 Television Academy archive interview, Cindy described Shirley as "sort of an optimist, a kind-hearted, repressed, temperamental fun-loving person . . ."

In 1981, Cindy met Bill Hudson of the musical trio The Hudson Brothers at a celebrity softball game.  The couple wed in 1982 and divorced in 2000.  They had two children, a daughter named Emily (born 1982) and a son named Zachary (born 1986).  Bill was previously married to Goldie Hawn from 1976 to 1982.  He had two children with Hawn, Oliver and Kate Hudson. who are both actors.


Cindy left Laverne & Shirley after the second episode of of the show's eighth and final season when she was pregnant with her fist child, Emily.  Penny Marshall tried to go it alone, but ratings declined and the show was cancelled the following spring.  A rift had reportedly developed over the years between the two stars.  In 1977, Cindy complained to TV Guide that Penny's character was receiving all the attention.  In her book, Happier Days: Paramount Television's Classic Sitcoms 1974-1984, author Marley Brant wrote that Cindy felt her character was not getting the short end of the stick and once walked off the set,  In later years, however, Cindy and Penny reconciled and in a 2015 interview with Entertainment Tonight, Cindy downplayed reports of discord behind the scenes of the show.

Cindy returned to television in 1990 in a short-lived CBS sitcom called Normal Life,  based on the unconventional home life of the Zappa family and their rocker dad, Frank.  Cindy portrayed Anne Harlow in the series.  From 1993 to 1994, Cindy starred as Cathy Hale in the family sitcom Getting By, about two families, one black and the other white, who live together in a large house.  In the 1990s, she guest-starred on several TV shows, including Lois and Clark: The New Adventures of Superman (1994), Touched by an Angel (1996) and Hope & Gloria (1996).  She also portrayed Sue Ellen Caldwell in a 1999 Patty Duke Show TV reunion movie entitled The Patty Duke Show: Still Rockin' in Brooklyn Heights.

In 2003, Cindy appeared as Mary Ellen Doyle in two episodes of 8 Simple Rules, starring John Ritter and Katey Sagal.  In 2013, she reunited with Penny Marshall for an episode of Sam & Cat, a series on Nickelodeon about roommates who start a babysitting service to earn extra money.  The episode is entitled "#Salmoncat" (Season 1, Episode 17, Air Date November 9, 2013).  In 2016, Cindy guest-starred in an episode of The Odd Couple, starring Matthew Perry.

Penny Marshall passed away on December 17, 2018, at the age of 75. of complications from diabetes.  The day after Penny's death, Cindy wrote the following message on Twitter: "I Love You, Partner."  Underneath the message was the familiar image of the cursive "L" that Penny had the show's wardrobe department sew on most of her character Laverne's blouses and sweaters.  In a statement issued to several media outlets, Cindy said, "What an extraordinary loss.  My good friend, Penny Marshall is gone - one in a million.  Utterly unique, a truly great talent.  Can't describe how I'll miss her."

*  Cindy believes that she was dyslectic and that she had "a little bit of attention deficit" a child.

* In 2015, Cindy's memoir, Shirley, I Jest!: A Storied Life, was published.  It was co-written with Dave Smitherman.  That same year, Cindy lent her support to Visiting Angels, a senior citizen service. 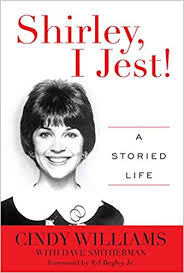