Keeping up with Richard Thomas (John-Boy of "The Waltons") 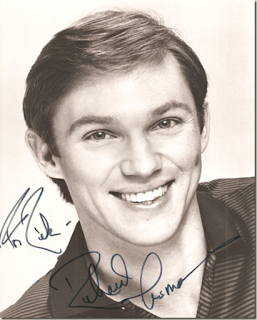 Although Richard Thomas is an accomplished actor of the stage and screen, he will always be remembered for his role as John Walton Jr. (better known as John-Boy) on The Waltons.  Yet Richard is a Shakespearean-trained thespian who has played a wide variety of roles, including some unsavoury characters such as murderer Kenneth Kinsolving in the 1972 movie You'll Like My Mother, opposite Patty Duke.  He has also appeared in television adaptations of Stephen King horror stories.

Being recognized as John-Boy doesn't seem to faze Richard, though.  In a 2014 interview with Closer Weekly,  he was asked if he ever tired of hearing his Waltons catch phrase, "Good night, John-Boy!"  He replied, "It made me a star.  It gave me the leverage that allowed me to work steadily all my life.  It will be 'John-Boy Dies' when I'm gone.  That's fine with me.  There are worse ways to be remembered."

Richard made his Broadway debut in 1958 at the age of seven in a production of Sunrise at Campobello, portraying John A. Roosevelt, the son of President Franklin Roosevelt.  In 1959, he had a role in the Hallmark Hall of Fame's NBC television presentation of Henrik Ibsen's A Doll's House, along with such luminaries as Christopher Plummer, Julie Harris and Hume Cronyn. 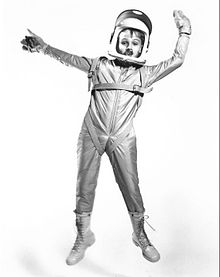 The Waltons was created by author Earl Hamner, Jr., and is based on memories of his childhood in Schuyler, Virginia.  Hamner also served as the show's narrator.  Richard's character, John-Boy, is the oldest of the seven children of John and Olivia Walton and everything is seen through his eyes.  The Waltons live in the Blue Ridge Mountains of rural Jefferson County, Virginia and John-Boy is a cerebral would-be journalist who keeps a diary of the happenings on Walton's Mountain. 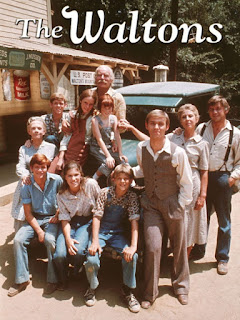 Richard left The Waltons, in 1977, after the show's fifth season.  He had completed his five-year contract and he wanted to pursue other acting interests.  In a 2014 interview with Smashing Interviews Magazine, he stated, "I never intended to do more than the first five years.  When I left in year five, I didn't think the show had lost much.  I thought it was still going strong and dong well."  Richard did come back "for a couple of episodes in the sixth season for visits and all that, and that was fun too."

Below is a 1973 photo of Richard on the set of The Waltons. 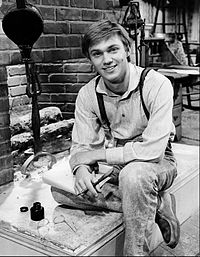 One particular episode of The Waltons stands out for me.  It's a 1974 episode entitled "The Marathon" (Season 3, Episode 9, Air Date: November 7, 1974) in which John-Boy defies his mother's wishes and enters a 7-day dance marathon with Daisy Garner, a girl he recently met in a bookshop during his college break.  After a gruelling three day of marathon dancing, however, John-Boy has had enough and leaves Daisy to compete in the contest with someone else.

Robert Wightman took over the role of John- Boy in 1979 and remained until the series was cancelled by CBS in 1981.  For me, the show was never the same without Richard Thomas.  Fortunately, Richard returned to portray John-Boy in three made-for TV movie on NBC from 1993 to 1997.  The first is A Walton Thanksgiving Reunion, which aired on November 21, 1993.  In that movie, The Walton siblings and their families gather for Thanksgiving on Walton's Mountain, including John-Boy and his new fiancée Janet Gilchrist.  It is November 1963 and they are shocked to hear the news that President John F. Kennedy had been assassinated.

The second TV reunion is A Walton Wedding, which aired on February 12, 1995.  It is set in 1964 as John-Boy and Janet, a New York fashion magazine editor, are planning their wedding.  The third and final Waltons TV movie is A Walton Easter, which aired on on March 30, 1997.  It is set in 1969 and John-Boy is a TV news anchor in New York.  He and a pregnant Janet make plans to return to Walton's Mountain for John and Olivia's 40th wedding anniversary.  The longer John-Boy stays on the mountain, the more he becomes convinced that he would like to settle down there and raise a family.  The problem is that Janet prefers to live in New York.

In 1979, Richard played the role of Jim Warner in the TV miniseries Roots: he Next Generation.  He had roles in two other made-for-television movies that year: No Other Love and All Quiet on the Western Front.  In the 1980s, Richard appeared in a number of TV movies such as To Find My Son (1980), Berlin Tunnel (1981), and Barefoot in the Park (1982). Final Jeopardy (1985),  In 1983, he played country singer Hank Williams, Jr. in Living Proof: The Hank Williams, Jr Story.  In 1985, he and Linda Hamilton starred in Go Toward the Light, as a young couple facing the challenge of living with their AIDS-diagnosed child, played by Joshua Harris..

Richard Thomas portrayed Bill Denbrough in the 1990 two-part miniseries It, based on Stephen King's 1986 horror novel of the same name.  Richard's character, Denbrough, is the founder of the Losers Club whose objective is to kill Pennywise, a murderous clown.

From 1998 to 2002, Richard hosted a television documentary series called It's A Miracle. It explored case studies of people claimed to have experienced miracles.  He  played the role of David Robinson on The Adventures of Swiss Family Robinson from 1998 to 1999.  From 1999 to 2002, he portrayed Robert Hunter in the mystery series Bloodhounds Inc. 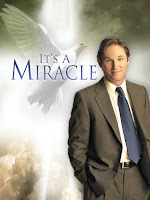 From 2013 to 2016.  Richard played FBI Special Agent Frank Gaad in 48 episodes of The Americans, an FX spy series about undercover Russian agents in the United States.  Of his role in the Cold War drama, Richard stated the following to Closer Weekly in 2014: "It's not the kind of role I'd normally be cast in, but I thought it would be great fun."

Richard will also be featured in an upcoming Netflix thriller, along with Viola Davis, Sandra Bullock, Vincent D'Onofrio and John Bernthal.  The film, directed by Nora Fingscheidt, is still unnamed, but it is based on the 2009 British television series Unforgiven, about a woman seeking personal redemption after committing a violent crime as a teen.


Richard Thomas has been married twice.  On February 14, 1975, he married Alma Gonzales, a former teacher and welfare worker.  They had a son, Richard Scott Earl Francis "Francisco" Thomas III, born in 1976 and triplet daughters, Barbara Ayala Thomas, Gwyneth Gonzales Thomas and Pilar Alma Thomas, born on August 26,1981.  However, the couple divorced in 1993.


Below is a photo of Richard with son Francisco and triplet daughters. 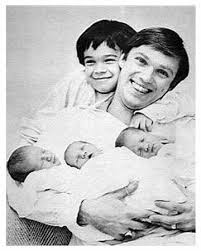 On November 20, 1994, Richard Thomas, 43, wed Georgiana Bischoff, 34, a Santa Fe, New Mexico art dealer. The wedding took place against the backdrop of the San Gabriel Mountains in the Los Feliz section of Los Angeles.  50 guests witnessed the ceremony, although none of the old Waltons TV family was in attendance.   Richard's 18-year-old son, Francisco, was the best man, while his triplet daughters, Barbara, Pilar and Gwyneth,13, served as bridesmaids.  The triplets were accompanied by Georgiana's two daughters from her two previous marriages, Brooke Murphy, 14, and Kendra Kneisel, 9.  Georgiana and Richard had a son, Montana James Thomas, born on  July 28, 1996.

Around 2008, I saw Richard Thomas on stage in a performance of Reginald Rose's play, 12 Angry Men, a courtroom drama in which a jury had to decide whether a young man should be found guilty of first degree murder and face a death sentence.  Richard played Juror #8, the role made famous by Henry Fonda in the 1957 film version.  Beginning in 2006, Richard toured with 12 Angry Men through 19 different cities and I feel fortunate that I saw him live on stage.

Richard lives in Manhattan with his second wife, Georgiana and is a grandfather.

* Richard has a sister named Bronwyn Thomas (born December 7, 1959) in New York City.  Bronwyn is also an actor, known for dancing on the TV show Fame and in a 1985 appearance on an episode of Family Ties.  Bronwyn was trained as a ballerina.  She began performing in major roles at the age of 13, when she appeared as the Sugar Plum Fairy in the Eglevsky Ballet's Nutcracker.

* Richard has suffered hearing loss.  In his early 30s, he was diagnosed with a condition called cochlear otosclerosis and it almost jeopardized his career.  He was diagnosed with the condition after he had lost approximately 50 per cent of his hearing.  Fortunately the diagnosis occurred early enough to halt the progression of the disease, although a great deal of damage had been done  As a result, Richard wears hearing aids in both ears.  The experience inspired him to became a strong advocate for hearing health and he became a spokesperson and nations chairperson for the Better Hearing Institute.

* By the end of the 1960s, Richard was cast in his first major film roles.  He appeared in 1969's Winning, an auto racing film starring Paul Newman, Joanne Woodward and Robert Wagner.  He also had a role in another 1969 movie called Last Summer, another 1969 movie, a a coming-of-age film featuring Bruce Davison and Barbara Hershey.

* Richard attended New York's Columbia University in 1969, where he majored in English and comparative literature.  He studied Chinese as an elective and later changed his major to Asian studies.

*  In the mid-1980s, all four of Richard's children from his first marriage to Alma appeared with him in a series of television commercials for Minute Maid orange juice.

* In 1972, Richard won an Emmy for Best Actor in a Dramatic Series for his portrayal of John-Boy Walton.

* Richard has a mole, a birthmark on his left cheek. In his 2014 interview with Closer Weekly, he said he was originally turned down for roles because of it.  "When I was a boy," he told Closer, I auditioned for a Greyhound bus commercial and they took my dad aside and said, 'He's a nice boy, but unless you get that thing taken off his face, his chance for a career is very slim.'"

It mole evident in the photo below. 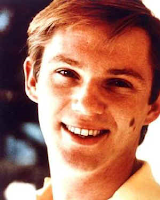