Due to the COVID-19 virus, production of new Y&R episodes has ceased.  There will soon be no new episodes.  The original plan was to suspend production for two weeks, beginning on March 17th.  Nothing has been confirmed yet, but it certainly appears as if the break will have to be extended.  If that's the case, we will have to watch a lot of old or classic episodes.  With people in isolation at home, this is a great opportunity to attract more viewers.  Indeed, Soap Central reports that soap rating have been surging during the quarantine.  This week, Y&R aired a flashback episode from the time when Nikki was married to Jack, and Jill was married to John Abbott.  There will be more to come.

If production of Y&R is halted for much longer than originally anticipated, viewers will have to watch a lot of old episodes.  It might be fun to rerun some of the episodes from the show's beginning in the 1970s.  When the production of new episodes resumes, will Y&R address the pandemic?  Will some citizens of Genoa City say that they have recovered from the virus?

I think that the new storyline with Billy and Lily has potential.  Unfortunately, Billy's old storyline with Amanda Sinclair went nowhere.  Too much time was wasted on a dead end plot.  Viewers became tired and bored of scene after scene of the two of them chatting in cheap, dumpy bars.  This new Chancellor Media story seems fresher and more invigorating.  I also like the fact that Billy and Lily have asked Traci to join their team.  She hasn't accepted yet, but I think she will.

Billy's character has been in a rut and its about time the writers dug him out of it.  We'll have to see if this new storyline will do the trick for him.  Let's hope so or his talents as an actor will have been wasted yet again. It will be interesting to see if a romance develops between Billy and Lily and if they have any chemistry.  Of course, that remains to be seen.  Remember, though, that they were once involved in a love rectangle with Cane and Chloe. Their names even rhyme.  Lily and Billy?  Maybe.

As for Amanda, she appears to have moved on from Billy to Dr. Nate.  He's romancing her right now and she seems to be opening up about her past.  We know that Amanda was raised in foster homes.  So, why hasn't Nate or Devon or Elena picked up on that?  Why doesn't her background make them wonder if she's Hilary's identical twin sister and that they were separated at birth?   Why aren't they more curious about why she is the spitting image of Hilary?  For that matter, why hasn't Amanda looked into the matter herself.  Maybe she has and she's been hiding it for some reason.  After all, isn't it more than just a coincidence that she showed up at Devon's door?  Stay tuned.

If you think Adam Newman has returned to the dark side, I say he's never really come into the light.  He hasn't changed.  He's the same old Adam he's always been.  He behaved himself for a while and now he's back to his true self - a schemer, a blackmailer, a user and a liar.  His mother, Hope, would be ashamed of him.  He's like a leopard that can't change its spots.  Chelsea is another leopard.  She hasn't changed either.  She's the same con woman she's always been, a true daughter of Anita Lawson.  Adam and Chelsea are two peas in a pod, cut from the same cloth.

This time, I'm on Princess Victoria's side.  She's no angel and she's made plenty of mistakes, but she is an astute businesswoman and has earned the right to run Newman Enterprises.  Adam is too smug.  He thinks he's won, but he hasn't.  Victor and Victoria will put him in his place.  Adam may have taken down that portrait of Victor, but it won't stay down.  It will be back up on that wall again because Victor Newman always wins.  He's very sly and he must have something up his sleeve that will thwart Adam.  He's seems to be just toying with his son.  He's allowing Adam to think it's game over, but Victor doesn't surrender that easily.  He may know about Adam and Chance's Las Vegas secret and will use that to his advantage.

Nicholas Newman hasn't changed either.  He's still not the sharpest knife in the drawer.  His latest go-round with Phyllis can only end in disaster.  The red-head is nothing but trouble and deep down, Nick knows it.  He's just deluding himself that their relationship will work this time.  He is weak-willed and undisciplined.  He's been warned about Phyllis but he thinks he knows better than anyone else..  He'll soon find out what a mistake he's made.

Jordi Vilasuso (Rey Rosales) and his family have coronavirus 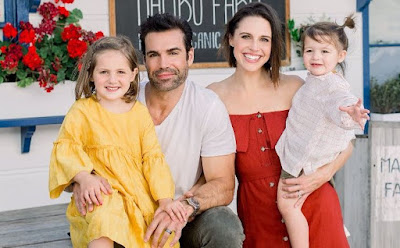 On Y&R, Jordi Vilasuso plays Rey Rosales, a man whose girlfriend, Sharon, is battling breast cancer.  In real life, Jordi and his wife and two children have contracted the coronavirus.  Jodi is the second Y&R cast member to come down with the virus,  The first was Greg Rikaart (Kevin Fisher).

Jordi's wife, Kaitlin Vilassuso, posted the following message on social media: "So it happened, friends.  Our family got covid-19.  We debated sharing this, but finally decided to in the hope of possibly being a source of information or comfort to someone who might be in a similar situation."

Jordi, a Cuban American from Miami, married Kaitlin Riley on August 25, 2012.  They have two young daughters, Riley and Everly.  According to Soaps.com, the family of four became ill after being exposed to a carrier.  Kaitlin began exhibiting the symptoms of the virus first, with Jordi a day behind in experiencing a high temperature and fatigue.  The children followed.  Fortunately, Jordi and his family haven't been out of their house since they were exposed.

Y&R has introduced a new stoyline involving Billy Abbott (Jason Thompson) and Lily Winters (Christel Khalil).  The two are launching a new media division for Chancellor Industries.  They may also have a romance.  What do you think about this storyline, fans?  Does it have potential?  Do Billy and Lily have chemistry?  Respond to the poll below and let me know.


Do you like the new storyline with Billy and Lily?
Make Quizzes

That's all for now.  Don't forget that the next edition of Y&R Report will appear in this space on Saturday, April 25, 2020. 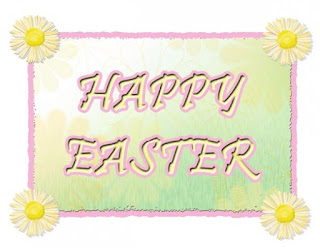 Happy Easter and Happy Passover to all who celebrate.  During these difficult times, we need celebrations of hope and freedom more than ever.