Whatever happened to Adam Rich of "Eight is Enough"'? 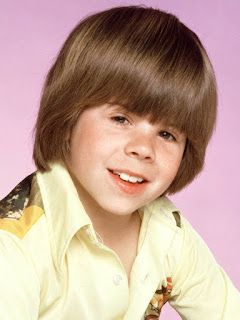 Do you remember Adan Rich?  He played Nicholas, the youngest child on Eight is Enough, a cute little boy with the long bangs and a page boy haircut.  Adam's character was soon dubbed "America's little brother" and in the late 1970s and early 1980s, parents wanted their young sons to have a Nicholas-style bowl haircut.  However, as with many child stars, Adam became a troubled adult who engaged in substance abuse and drug-related criminal behaviour.

Adam Rich was born on October 12, 1968 in Brooklyn, New York.  He grew up as a child actor in Granada Hills, California, with his parents and younger brother, Drey Rich.  Adan began his show business career by appearing in numerous television commercials.  When he was five years old, the youngster announced his intention to become an actor.

Prior to his breakout role in Eight is Enough, Adam appeared in s 1976 episode of The Six Million Dollar Man, starring Lee Majors.  He played a character named Bob in "A Bionic Christmas Carol" (Season 4, Episode 10, Air Date: December 12, 1976).

At the age of eight, Adam won the role of Nicholas Bradford, the youngest son on the hour long TV drama-comedy Eight is Enough.  Eight is Enough was one of television's earliest "dramedies," a combination of dramatic situations and humour.  It was well-received for the measure of realism it brought to its portray of family life on TV.

Eight is Enough  ran on the ABC network for five seasons, from 1977 to 1981.  The television series was based on a book of the same name by former CIA operative Thomas Braden (1917-2009), a syndicated newspaper columnist who raised eight children. 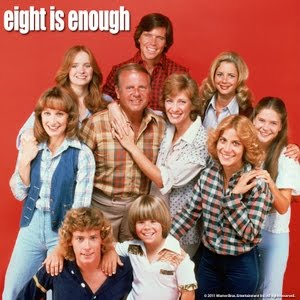 When Eight is Enough went off the air, Adam attended Chatsworth High School, where he studied acting with former drama teacher Bob Carelli, who also taught Val Kilmer and Kevin Spacey.  At Chatsworth, Adam says he fell in with the wrong crowd and began experimenting with drugs.  He made the following statement to the LA Daily News: "I was 15 and realized I had been working most of my life.  I felt like I was almost ready to retire."

Unable to remain sober, Adam dropped out of high school in 1986 at the age of 17.  His cocaine abuses eventually led to stays at the Betty Ford Center and treatment from other drug rehabilitation programs.

From 1983 to 1985, Adam voiced the character of Presto the Magician  on the animated children's show Dungeons & Dragons.  His Eight is Enough castmate, Willie Aames, who played older brother Tommy Bradford, provided the voice of Hank the Ranger.

In 1989, Adam Rich almost died from a Valium overdose.  In 1990, he was arrested in West Hollywood and charged with drunk driving.  In April of 1991, Adam smashed the window of a San Fernando Valley pharmacy in an effort to steal morphine.  He was arrested and was bailed out by his Eight is Enough TV dad, Dick Van Patten.  However, he was soon rearrested for allegedly shoplifting a pair of sunglasses and socks at a department store.  He plead no contest to both charges and was sentenced to probation and more rehab.  He later admitted that the criminal charges were the result of his addiction to drugs and alcohol.  "I don't why this happened," he told the Los Angeles Daily News, "but I know I am sick.  I have a disease,"

In 1993, Adam appeared in an episode of Baywatch entitled "Sky Rider" (Season 4, Episode 5, Air Date: October 11, 1993).  He played a character named Ethan in his last television acting role to date.

In 1996, Adam was the subject of a media hoax that he had been murdered.  The story was published in Might, a a now-defunct San Francisco-based satirical magazine.  It was written by publisher and author Dave Eggers, with Adam's consent.  Although the fictional article was a combination of parody and prank, many believed it to be true, so much so that years later Adam encountered fans who thought he was dead.

On December 10, 2002, Adam was arrested for driving under the influence (DUI) after nearly hitting a police car on a closed-off section of I-10 in Los Angeles.  On February 20, 2003, he was charged with DUI.  He has been in drug rehabilitation at least three times. 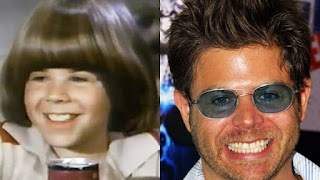 * Adan Rich starred with Bill Cosby and Elliott Gould  in Disney's 1981 fantasy-comedy film The Devil and Max Devlin.  He played Toby Hart, a boy whose fondest wish is to find the right man to marry his widowed mother.

* Adam's TV dad, Dick Van Patten, died on June 23, 2915 of complications from diabetes.  He was 86 years old at the time of his passing.  In a 1989 interview with the St. Petersburg Times, Van Patten stated that he was similar to his television character.  "Tom Bradford is a lot like the real me," he said.  "He's a man who always puts his career second to his family.  As long as everything was OK at home, he was OK too."

* Adam was not the only actor on Eight is Enough who has had drug issues.  In 1994, Lani O'Grady, who played his TV sister Mary, revealed that she was addicted to alcohol and several other drugs, including Valium.  She died of an overdose on September 25, 2001 at the age of 46..  Willie Aames (Tommy Bradford) wrestled with alcoholism and experimented with cocaine.  Another Eight is Enough cast member, Susan Richardson, who played Susan Bradford, has battled addiction to cocaine and pills.  She did not participate in a 2010 cast reunion.