Bob Barker: His Life Before and After "The Price is Right" 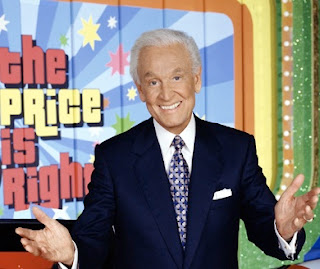 Bob Barker will turn 97 years old on December 12th of this year.  The retired game show host and outspoken animal rights advocate has enjoyed a long and successful television career.  In later years, however, he was faced with lawsuits relating to allegations of sexual harassment and wrongful dismissal.

Robert William "Bob" Barker was born in the small town of Darrington, Washington, (southeast of Seattle), on December 12, 1923.  He spent much of his early years on the Rosebud Indian Reservation in Mission, South Dakota, where his mother, Matilda "Tillie" Valandra (née Matilda Kent Tarleton), was a school teacher.  Bob's father, Byron John "Barney" Barker, was an electrical power foreman for the state of Washington.  On July 6, 1930, when Bob was just six years old, Barney Barker was killed in a work-related accident at the age of 42.  He fell from a utility pole and died from his injuries.

After graduation, Bob relocated to Lake Worth Beach, Florida.  He worked as a radio news editor and broadcaster at a radio station in Palm Beach.  In 1950, he moved west to California and hosted a  Los Angeles radio show for six years.  It was called The Bob Barker Show.  During this time, Bob came to the attention of game show producer Ralph Edwards.  Edwards, founder and longtime host of the popular Truth or Consequences, had listened to Bob's audience participation show on his car radio and was impressed with how Bob interacted with the guests.  He liked Bob's voice and manner.

Truth or Consequence was returning to NBC for daytime viewing, but Edwards had not yet chosen a host for the new version of the show.  He auditioned others for the job, but chose Bob Barker, who went on to host Truth or Consequences from 1956 until 1974.  Bob and Ralph Edwards became longtime friends.  According to IMDb, the two men would meet for lunch every December 21st until Edwards' death in 2005.

Below is a photo of Bob Barker in Truth or Consequences circa 1958. 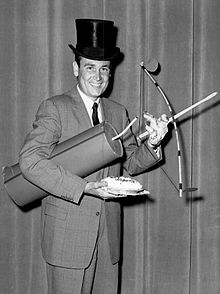 In early 1972, game show producers Mark Goodson and Bill Todman were seeking to revive and modernize The Price is Right, with Dennis James as host.  The original version of The Price is Right debuted on November 26, 1956 on NBC, with Bill Cullen as host.  It was so popular that it soon spawned a once-a-week primetime version  The Price is Right was one of the few shows that survived the game show scandals of the 1950s

In 1963, both the daytime and nighttime versions of the show changed networks to ABC.  On September 3, 1965, the final episode of the original The Price is Right aired.  However, in 1972, CBS was interested in a revamped version of the show, provided Bob Barker, not Dennis James, became host.  After some initial reluctance, due to James, Bob accepted the offer.

Bob Barker hosted the new version of The Price is Right for 35 years, from his first show on September 4, 1972 until his retirement in June of 2007.  Bob's final show aired on June 15, 2007.  He was succeeded by Drew Carey.  As host of The Price is Right, Barker was extremely popular.  Daytime television audiences loved him.  They loved the way he shouted out "Come on down!" to his contestants.

On January 12, 1945, while on leave from military service, Bob Barker married his high school sweetheart, Dorothy Josephine Gideon, known affectionately as Dorothy Jo..  He and Dorothy Jo attended an Ella Fitzgerald in Missouri when he was 15 years old.  Their marriage lasted 36 years until her death of lung cancer on October 19, 1981.  Dorothy Jo (born February 25, 1924), was 57 years old at the time of her passing.  The couple never had any children together.

In 2007, Bob told Good Morning America that he never had any inclination to remarry after Dorothy Jo's passing.  "She was my wife," he said.  She was ahead of her time.  She really was.  She stopped wearing fur coats before anyone was stopping.  She became a vegetarian before people were becoming vegetarian.  And I gradually did the same thing with her (in 1979)."

Unfortunately, Bob Barker and The Price is Right have been embroiled in scandal.  In 1994, longtime Price is Right model Dian Parkinson filed a lawsuit against Bob, alleging sexual harassment following a 3-year affair.  Barker denied the allegations, but admitted that he had been involved in an intimate relationship with Parkinson from 1989 to 1991.  He stated, however, that the relationship had been consensual.  He said he only made public their involvement because she threatened to sue him unless she gave her $8 million.

Dian, a former Playboy model who appeared on the Price is Right from 1975 to 1993, claimed she was extorted to continue the relationship by threats of firing.  A judge dismissed the wrongful termination part of the lawsuit but allowed the sexual harassment charge to remain. Parkinson ultimately withdrew the lawsuit in April of 1995, declaring that the ordeal was harmful to her health and that she did not have sufficient funds to pay for legal fees.

Price is Right model Holly Hallstrom left the show in 1995.  She subsequently filed a suit of wrongful termination and malicious persecution against Barker.  Hallstrom claimed that she was fired from the show due to a weight gain and for her refusal to tell the press false stories that Barker had related to her her about Dian Parkinson.  She contended that Bob had started a media attack on her by allegedly accusing her of disrupting the atmosphere of the show.  Barker dropped the case, but Hallstrom never did.  A settlement was agreed upon in 2005.

Bob Barker told the press that Parkinson's claims, as well as Halltroms, were "frivolous."  However, there were further claims against him and The Price is Right.  In October of 2007, four months after Bob's final show, Deborah Curling, a CBS employee assigned to The Price is Right, filed a suit against Barker and the producers of The Price is Right.  Curling, who is African American, was a contestant screener for 24 years.  She alleged racial discrimination, sexual and mental harassment and abuse.

The rash of lawsuits against The Price is Right did not end with Bob Barker's retirement.  In March of 2010, model Brandi Cochran sued the show, claiming that she miscarried her baby as a result of harsh treatment by producers who frowned upon models getting pregnant.

More than four years after Bob's departure, the show was faced with yet another harassment claim.  On September 7, 2011, former Price is Right model Lanisha Cole, filed a lawsuit alleging wrongful termination and sexual harassment by the show's producers,   In a 2011 Time magazine article about the Cole lawsuit, Frances Romero wrote the following: ". . . a past full of complaints - including sexual sexual harassment, racial discrimination, wrongful termination and emotional abuse and intimidation - against Price is Right producers and its longtime former host Bob Barker, depicts am institutionalized attitude that allowed executives to treat models on the show (and female staffers) as second-class citizens."

During the last two decades, Bob Barker has had a series of health issues and he has suffered injuries from falls.  In 1999, he felt a "clumsiness" in his hand.  He was admitted to George Washington University Hospital, where he was diagnosed with a partially blocked carotid artery.  He underwent a procedure to remove the blockage.

On May 30, 2002, after taping the finale of The Price is Right's 30th season, Bob suffered a stroke while lying in the sun.  He was hospitalized and underwent surgery at George Washington University Hospital .  Six weeks later, he underwent prostate surgery at the same hospital.  Bob has also experienced mild bouts of skin cancer due to his tanning.  He regularly consults a dermatologist and has urged people who have spent time sunbathing to see a dermatologist.

On October 20, 2015, Bob tripped and fell on a sidewalk near his home in Los Angeles   Two police officers saw him fall and immediately called an ambulance.  He was rushed to Cedars-Sinai Medical Center and received treatment for his injured forehead and left knee.

On June 19, 2017, Bob had another fall.  He slipped and hit his head at his home. and was driven to the emergency room by his maid.  He was checked and released.

In October and November of 2018, Bob  was rushed to the hospital with acute back pain.

* Bob Barker has received 17 Emmy Awards, 13 as TV host, three as producer of The Price is Right.  In 2004, he won the Lifetime Achievement Emmy Award for Daytime Television.

* In October of 1987, Bob caused a stir by no longer using hair dye.  He allowed his locks to turn white, his natural colour  by then.

* Bob has been romantically linked to Nancy Burnet, a fellow animal rights activist.

* Bob concluded each episode of The Price is Right with the tagline "Help control the pet population.  Have your pets spayed or neutered."

* On April 16, 2009, Bob Barker made an appearance on The Price is Right to promote his autobiography, Priceless Memories.  The memoir chronicles his life from childhood until his retirement in 2007.  In 2013, Bob  made another appearance on the show to celebrate his 90th birthday, but his health would not allow him to appear for his 95th birthday in 2018.  In 2015, however, Bob made a surprise April Fools' Day visit to the show  The then-91-year-old hosted the first price-guessing game of the show, "Lucky Seven." 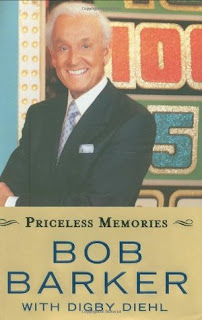 * Drew Carey, the current host of The Price is Right, has avoided lawsuits.  Bob has never been critical of Drew.  In fact, he stated the following to Entertainment Weekly: "I would not criticize Drew Carey.  I would not criticize this show.  I would not criticize CBS.  I would not criticize Freemantle Media (which produces the show for CBS) because I have a sizable royalty that I am paid every year the show is on, and its going on for years.  I would be an absolute fool.  I hope this show stays on for years  As for Drew, he's been charming and complimentary, and he had me on on the show to plug my book Priceless Memories.  He's a charming man, kind and gracious.  To think I would say anything derogatory about him is idiocy."
In 2010, however, Bob reportedly did say something derogatory about his replacement, Drew Carey.  He apparently told a a TMZ cameraman.  "He does the show differently from m tried to make the show exciting and uh, he doesn't do that.  He plays the games.."
* In 2019, 36 years after his wife Dorothy Jo's death, 95-year-old Bob Barker visited her grave at Forest Lawn Memorial Park in Los Angeles.  He collapsed at her gravesite and a caregiver came to help him back up.