It appears that Ashland Locke is a fake and a fraud.  He really is the Loch Ness Monster.  His miracle cure in Peru is phony.  It appears as if he never had cancer in the first place.  Princess Victoria has been taken for a ride.  Her knight in shining armour is more of a villain.  It won't be long before Her Royal Highness falls off her high horse.  )Well, we all know what goes up must come down and Victoria has been on quite a power trip lately.  She's been so full of herself that it's about time for her to eat a bit of humble pie.

I'm glad that Adam decided to stay at Newman Media.  Victoria really believed he would leave.  She purposely behave obnoxiously toward him so he would find her impossible to have as a boss.  Adam, however, threw a wrench into her plans.  Now she finds herself having to deal with him and she doesn't like it one little bit.  Meanwhile, things are really heating up between Adam and Sally Spectra.  I can't see them keeping it platonic much longer.  I think Adam will ultimately regret getting involved with Sally.

It's great to see Michael Baldwin and Lauren involved in the storyline again.  Christian LeBlanc is such a fine actor.  It's a shame that he and Tracey Bregman, who plays Lauren, have been used so sparingly during the last few years.

As viewers know, Michael is working for Victor Newman again, much to the concern of Lauren.  Victor promised that he wouldn't disturb Michael at all hours of the night.  So far, he hasn't done that, but he has asked Michael to go Peru to investigate the Ashland's cancer treatment clinic.  Of course, Michael agreed to go, albeit reluctantly because of Lauren.  Michael had already discovered that Ashland Locke is the owner of a shell company financing the treatment clinic in Peru, which aroused Victor's suspicions.  Anyway, not many people can say no to Victor Newman, maybe Nikki and Victoria at times, and certainly not Michael Baldwin.

Noah Newman is going to explode.  He's trying his best to deny his feelings for Tessa.  He's trying to accept his situation graciously.  However, he won't be able to contain himself much longer.  I'm not surprised that an online spoiler for next week says that "Noah crosses the line."  I wonder what he's going to do.

What's going on with Jack Abbott (Peter Bergman)?  First of all, I've had difficulty accepting this sad, lonely Jack act.  Where's the old Smilin' Jack?  He's become a shadow of his old self, wallowing in self-pity.  What have the writers done to his character?  Jack has always been so forthright and dapper and debonair.  Aside from his business activities, all he does now is sit around and feel sorry for himself.  Jack has lost his mojo and he needs to get it back.  A handsome, intelligent man such as Jack Abbott would be able to attract lots of women.  Because Jack is a man of means, some would be gold diggers.  That goes with the territory.  However, many women in Genoa City would sincerely like Jack.  Jack doesn't need to sit alone in that big, empty Abbott house.  He doesn't need to be a member of the lonely hearts club.  So, why is he?

Jack's situation would be more understandable if he were just disappointed that he can't find a woman who compares with Phyllis.  If he's still carrying a torch for the fiery redhead, why doesn't he act on it?  The coast is clear.  Phyllis has broken up with Nick Newman.  She is a free agent.  She is available and nothing is standing in his way.  All he has to do is say the word.  Yet, he keeps wimping out.  When Phyllis told him she was considering a job offer in Milan, Italy, why didn't he tell her that he hoped she would stay in Genoa City, that he would like to try again with her? That's exactly what Phyllis wanted him to do, but he didn't do it.  Hey writers, bring back Smilin' Jack Abbott back to us!

Longtime Y&R viewer, CC in Etobicoke, Ontario, sent me the following email with her thoughts on Chance:

Chance has some kind of big secret from his mission. He is either trying to recall the details, or he knows exactly what is troubling him and is doing everything he can to avoid confronting it.
Perhaps he knows it will cause too much unhappiness for others if it is revealed. Maybe it has to do with his actions during the mission.  He once alluded to the fact that he could have done more to help his men.  If this is the case, he is weighed down with guilt.
On the other hand, at some point when he was reminiscing to himself he reflected on having info about his unit that pointed to them being the enemy.
Along with these possibilities his angst must also include something to do with another romantic interest.  His relationship with the older woman in Spain who helped him seems to be a familiar one.  Didn't he indicate that they knew each other well from other assignments in which he was involved?  There could be something from the past that keeps him wanting to go back.
Whether it is guilt that he doesn't deserve the life he has with Abby and Dominic, or something even more complex, it is making it impossible for him to bond with Dominic.  Plus, I know he seems to be trying but I am not feeling his love for Abby.
He seems to be carrying out what what is expected but not because he is feeling it in his heart.  He is just going through the motions.
Coupled with the recent announcement that Conner Floyd (the new Chance) has landed a movie gig I am expecting Chance to go AWOL for awhile.
CC from Etobicoke

Well CC, you have certainly provided Y&R fans with quite a large portion of food for thought.  You have come up with an interesting analysis of Phillip Robert Chancellor IV, better known as Chance.  I also believe there is something more that is disturbing Chance and preventing him from bonding with Dominic.  I have to admit that I haven't been able to warm up to Conner Floyd, the actor who plays Chance.  It could be that he's playing such an unsympathetic role and that his character is such a downer.   I realize that Chance underwent a traumatic experience in Spain, but I still don't understand why he doesn't get psychiatric help for all the guilt he's shouldering.  There is something that is not genuine about Chance's behaviour, something disingenuous.  He's hasn't completely levelled with Abby and he hasn't been as honest with her as he should be.  I am also not feeling his love for Abby and it seems to me that he is just going through the motions.  Maybe that's why he's feeling so guilty.  When he saw how difficult is was for Abby when Devon took Dominic for the night, he tried to be super sweet to her.  It seemed to me that he was being so sweet in order to appease his own guilt, not out of genuine concern for Abby. 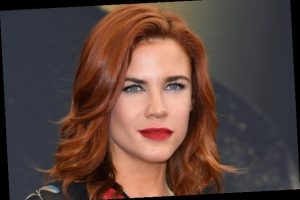 Just weeks after their gothic-themed wedding, Courtney Hope (Sally Spectra) has broken up with fellow soap star Chad Duell of General Hospital.  According to Duell, the split was "not what people think" and the breakup was "just mutual.  He called Courtney an "amazing person in so many ways" and he claimed that there would be no divorce involved because they weren't legally married.  They hadn't signed any papers. 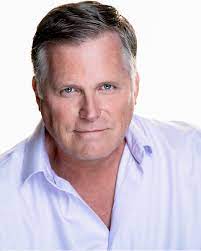 Robert Newman, formerly Josh Lewis on Guiding Light, assumes the role of Ashland Locke on Wednesday, February 9 on CBS and Tuesday, February 8 on Global TV.  He takes over the role just as the walls are beginning to close in on Ashland.

Fans, I'd like to know what your favourite Y&R storyline is right now.  Respond to the poll below and let me know.<

If you are interested in buying a ticket for the Y&R OpportuiTea for March of Dimes, click on the link below for more details.  It will take place online on Sunday, February 27, 2022.  Kate Linder (Esther Valentine), Christian LeBlanc (Michael Baldwin), Bryton James (Devon Harmilton), Brytni Sharpi (Elena Dawson), Mariah Copeland (Camryn Grimes) and Cait Fairbanks (Tessa Porter) will take part in the event.   Here is the link:

That's all for now.  Don't forget that the next edition of Y&R report will appear in this space on Saturday, February 19, 2022.