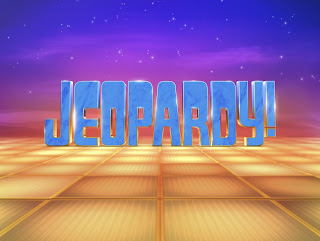 Well, Jeopardy! fans, it's starting to look more and more like Ken Jennings will be given the official title of Jeopardy! host, joining Mayim Bialik, who presides over the special Jeopardy! tournaments.

On March 15, ABC revealed its upcoming reality show lineup.  The network announced that Ken was leaving The Chase after two seasons.  The Chase is an American version of a British game show which debuted in January of 2021 with Jennings and fellow Jeopardy! legends James Holzhauer and Brad Rutter on board.  The Chase is scheduled to return in May, but without Ken.

Ken's fans hope this means that he is leaving himself open to become permanent Jeopardy! host.  There is a good chance it may happen, but a word of caution.  Nothing is official yet.  The situation could change.  Still, I sense that the majority of Jeopardy! watchers, including myself, are very satisfied with the setup as it is now and would very much like to see the status quo made permanent.  I'm sure Alex Trebek himself would be pleased to see Ken take his place.

The powers-that-be at Jeopardy! are certainly taking their time before designating a  new permanent host.  Who can blame them after the Mike Richards fiasco?  However, they are going to have to make a choice sooner of later.  Who better than Ken Jennings?  He's the greatest Jeopardy! champ.  He knows the game inside out and he been a consultant to the show for a while.

Ken Jennings is very genial and easy-going.  Ken relates well to the contestants and is able to engage them in good-natured banter.  He seems comfortable hosting the show.  He's not too full of himself and he's not oily and smooth-talking.  If he indeed wants the job, I hope he gets it.