So, Diane Jenkins is back and she's really starting to shake things up, but I definitely have to take the writers to task.  I wanted to shout in frustration at Jack's initial response to seeing Diane.  When he first set eyes on her, he was taken aback, as anyone would be after coming face to face with someone whom they believed to be dead.  That didn't last very long.  For a man who thought he'd seen a ghost, Jack suddenly became mor angry than astonished.  He quickly accepted that Diane was alive and proceeded to reprimand her for all her wrongdoings and for how terrible a mother she had been to Kyle.  I felt like scratching my head.  How could Jack so blithely accept that Diane was alive without asking more questions?  Why didn't he find out exactly how she survived or faked her death?  How could anyone just let that go?

It wasn't until later that Jack got a few scant details from Diane, some story about how she faked her own death and how Deacon Sharpe (Remember him?  He's on The Bold and the Beautiful now) helped her).  Jack seemed much more concerned about telling Diane what a horrible  person she's been, although she insisted that she's changed.  Having said all that, I'm pleased that Diane's back.  She's really going to spice things up.  I must say, I am enjoying all those old flashbacks of her with Jack and Phyllis.  Jack and Phyllis have taken a hard line with Diane,  However, Allie is more sympathetic.  She believes that Diane really loves her son, Kyle.  Whether Diane intends to or not, she will cause trouble.  Otherwise there would be no conflict.

As I mentioned in the last edition of Y&R Report, Michael Mealor has signed a new contract with the show and is returning as Kyle Abbott on a long term basis.  Jack and Phyllis have agreed that Kyle should be the one to decide whether he wants to reunite with Diane or not.  It's obvious, though, that he will see Diane whether he wants to or not.  There's absolutely no way she's going to stay away from him.  As for Kyle, once he's gotten of the initial shock that Diane is still alive, he will be tempted to see his mother, no matter how angry and disillusioned he is with her.

Kyle's coming to Genoa City with Harrison, but Summer is remaining in Milan.  Maybe Y&R hasn't chosen a new actress to play the role of Snowflake yet, or could the show be negotiating a new contract with Hunter King, too?  Just wondering . . . It would be more fun to have Summer back in town to meet Diane and to discover that her nemesis, Sally Spectra, is COO of Newman Media and in a relationship with Adam Newman.

So Princess Victoria and Ashland have cancelled their plans to go to their palazzo in Tuscany, much to Adam's disappointment.  It's a great setting for a murder mystery, but I stillI think Ashland Locke is going to be a murder victim.. Besides, the show must have spent a fortune designing that Tuscany set.  It would be a shame if they only used it once, for the wedding of Victoria and Ashland.

The dynamic between Victoria and Ashland is strange right now.  When he professed his love for her and assured her that he'd never harm her, it seemed as if she almost believed him.  Nevertheless, she insists she has a plan for dealing with him.  Is that why she is trying to convince him that Adam is the one who has been setting him up?  Does Ashland really believe that she's not playing him?  I don't think he's that naive, especially after all the evidence against him that Victoria's  own  family has shown her.

I'm glad that Michael Baldwin has returned from Peru and that he's safe and sound.  However, I don't understand why he wants to continue working for Victor Newman.  Isn't he tired of being Victor Newman's lackey?  Why does he want to endanger his life for Victor's sake?  Lauren is absolutely right. 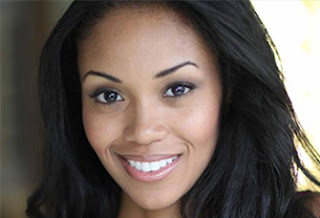 Y&R star, Mishael Morgan, who plays lawyer Amanda Sinclair, has suffered a devastating loss.  Mishael shared the terrible news on Twitter that her husband's  (Navid Ali) only brother died with his wife and three children in a tragic house fire.  She wrote the following: "I am still in absolute disbelief.  I literally have no words right now.  My sister-in-law has set up a GoFundMe,  Please pray for my family and donate if possible."

Mishael grew up in Canada, where her family lives.  The early morning fire, which took the lives of a family of five, occurred in Brampton, Ontario on Monday, March 28.  The home was apparently undergoing renovations and, according to the children's grandfather, had no working smoke alarms.  The Ontario fire marshal's office investigated the cause of the fire and determined that the house actually had active smoke alarms.

Sadly, a sixth victim of the fire has passed away.  The grandmother of the family, who was transported to hospital in critical condition, has died of her injuries.

The last of the Rosales family will be leaving Genoa City.  Jordi Vilasuso, who joined the cast as Rey Rosales in 2018, was dismissed from the show.  The decision to leave was not his.  Back in October, he resigned with the series for three years.  However, there are intervals where the show can decide not to sign you for the next six months.  That's what happened to Jordi. "Maybe I should have seen the writing on the wall.  The scripts that I was given were very minimal," he said.

It does seem a strange time for the writers to get rid of Rey.  There's no lack of storyline for him.  He's just getting involved with Chelsea (Melissa Claire Egan) because he's jealous of Sharon's close relationship with Nick.  So, if Rey returns to Miami, where does that leave Chelsea?  She won't have much of a storyline.  Since Rey's a  police  detective, another possibility is that Rey could be killed in the line of duty.  If that happens, he can always come back from the dead someday, the way Diane did, right?  As for Sharon, with Rey out of the picture, and Adam with Sally Spectra, she'll most likely end up with Nick again.  They've been gravitating towards each other for a while.

Also, Y&R needs a cop in the cast.  Who's going to make arrests?  I guess, now that Chance is getting ready to rejoin Genoa City's finest, he'll be given that role.  Too bad Paul isn't shown anymore, but after the way Doug Davidson has been treated, I doubt we'll ever see him on the show again.

Dianne Jenkins is back from the dead and Susan Walters is portraying her again.  Fans, how do you feel about her return to Y&R after all these years?  Are you happy about it?  Respond to the poll below and let me know.

That's all for now.  Don't forget that the next edition of Y&R Report will appear in this space on Saturday, April 23, 2022.

To all who celebrate, have a Happy Easter.  To those of the Jewish faith, Happy Passover. 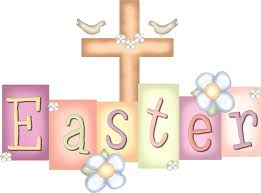 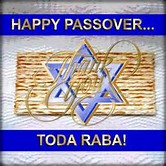