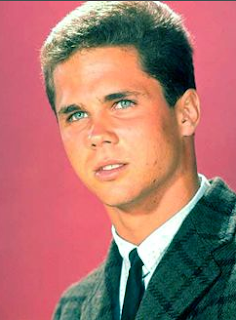 Tony Dow, who played the Beaver's big brother, Wally Cleaver, on Leave it to Beaver, has received some devastating news.  Tony's wife, Lauren Shulkind, announced in a Facebook post on Thursday, May 5th. that her husband's cancer had returned.  She did not specify what type of cancer Tony has.

"Dear friends and fans of Tony Dow, I have some very sad news to share with you," "Unfortunately, Tony has once again been diagnosed with cancer. He is approaching this reality so bravely, but it is truly heartbreaking.

"We want to thank you in advance for your caring thoughts. Our Love, Lauren & Tony."

The former child star is 77 and has been battling health issues.  In August of 2021, Lauren confirmed to TMZ that Tony had been hospitalized with pneumonia after an agonizing 24-hour wait in the emergency room.  Due to a surge of DELTA variant of  COVID cases in Los Angeles area, there was a shortage of hospital beds.

Tony is reportedly a two-time cancer survivor.  He survived a bout with prostate cancer, followed by gall bladder cancer.

EDITOR'S UPDATE (July 27, 2022):  Tony Dow's wife, Lauren, and his representatives mistakenly reported his death on Facebook yesterday.  In the family's most recent Facebook message, Tony's son, Christopher, writes, "This is a difficult time.  Dad is at home, under hospice care, and in his last hours.  My wife and I are by his side along with many friends that have visited.  He has a fighting heart."

EDITOR'S UPDATE: (July 27, 2022).  Tony Dow passed away today, one day after his death was prematurely reported on Facebook.  He was 77 years old.  To read an article that I wrote about Tony in 2016. click on the link below.

TV BANTER . . . with Joanne Madden : Tony Dow (Wally Cleaver): The Beaver's older brother is a man of many talents