Hey Y&R fans, every second Saturday TV Banter discusses the latest happenings and provides commentary on your favourite daytime drama. Note to U.S. readers - SPOILER ALERT: Here in Canada, I watch the show on Global TV which is one episode ahead of CBS.  I will inevitably refer to incidents you haven't seen yet.  Read at your own risk.  If you are the curious type, though, you may prefer to discover some things in advance.
Hi fans,

Well, the high drama over Chelsea's suicide attempt has subsided.  She has received psychiatric treatment and her condition is steadily improving.  She is ready to start a new life in the apartment about Sharon's coffee house.  Chelsea's on the road to recovery, which means she'll eventually be ready to have a man in her life again.  Whom will it be?  Billy Boy Abbott seems the mostly likely candidate.  His relationship with Lily seems to be faltering.  Since relationships don't last long on a soap, they are due to move on.

Billy seems more concerned about Chelsea than his relationship with Lily.  When Chelsea texted him, he appeared more eager to meet with her at Crimson Lights than to spend time with Lily.  That message has not escaped Lily and she is very unhappy.  After Billy left, a blast from Lily's past showed up - Daniel Romalotti.  She and Daniel ran away together many years ago and they had a teenage marriage.  Now that Lily feels neglected by Billy, will she rekindle a romance with Daniel?  I doubt it because he has only returned for Christmas.

I don't trust Audra at all.  She is a barracuda and she is out to destroy Noah and Allie's relationship.  I wouldn't be so fast in believing her story about having a miscarriage.  She probably lied to win Noah's sympathy.  Noah and Allie didn't even question the veracity of Audra's story.  Are they that naive?  Noah might buy it, but Allie sharper than that.  That's why I think that if Audra is lying, Allie will figure it out.  Even if Audra is telling the truth about the miscarriage, she's using it to manipulate Noah.

Nicholas Newman and Sally Spectra don't have much chemistry.  Their coupling seems so contrived.  It appears that they have been thrown together to spark a sibling rivalry between Nick and his brother, Adam.  Sally and Adam seem far more suited to each other.  Trust me, SNICK will never be a super couple.  They are no Bo and Hope.  I've read many online comments and fans have not shown a positive reaction to Nick and Sally.

Adam has decided to put his cards on the table.  He has proposed to Sally.  Will she accept?  If so, Nick will be left out in the cold again.  He really should go back to Sharon, but will she want him back?

Not that I am a fan of Diane Jenkins, but she did come up with a good name for her trio of adversaries - Phyllis, Nikki and Ashley.  She called them the "Evil Trifecta."  They are certainly no angels, but Diane certainly knows how to play the victim.  She acts as if she has no ulterior motives and that she has behaved perfectly since her return to Genoa City.  She can sure manipulate Jack and Kyle.

Don't expect Diane to be driven out of town anytime soon.  She will stay as long as Jack and Kyle stand by her.  She also has an ace-in-the-hole - Harrison.  The child has become very attached to his "Di Di" and Diane has played the role of the caring grandma to the hilt.  If she leaves town, Harrison will be extremely upset.  Also, if Diane departs, the actress who portrays her, Susan Walters, will no longer be on the show.  The character of Diane is central to the storylines of many other characters such as Ashley, Phyllis, Nikki, Tucker, Jack, Kyle, Summer and Harrison.

Have you noticed that Devon has been telling a half-truth?  He has only told friends and family, including Elena, that Amanda has gone to Virginia to be with her family.  He has not informed them that he and Amanda have broken up.  I can understand that Devon doesn't want to advertise what happened with Abby, but he should at least reveal that he has break-up with Amanda.  How long can he keep it a secret?  He is being disingenuous.

Tucker McCall is a greedy snake-in-the-grass.  His end game is to have as much money and power as possible.  As for his professed love of Ashley, I think it's more of an obsession with the Abbott fortune than with Ashley herself.  He would love to marry her again so that he can share in the Abbott wealth and prestige.  His other goal, of course, is to gain control of Chancellor-Winters.

It looks as if a romance between Princess Victoria and Nate may be in the works.  Nate seems rather smitten by the Newman heiress.  In fact, he preferred to stay late at the office and chat with Victoria than to meet his newly returned girlfriend, Elena, at Society.  When Victoria reminded him of his date with Elena, he didn't appear to be concerned, and Victoria was flattered by Nate's attention.  Meanwhile, Elena left the restaurant, unable to wait any longer.  Nate stood her up in favour of the powerful Newman CEO.  Some boyfriend!  It seems that Elena was right.  Nate has changed, and not for the better.  He's not the same Nate he was when he worked as a doctor.

Y&R has been very serious and sombre lately, what with Chelsea's storyline and the Abby storyline.  With the Christmas season fast approaching, I hope things lighten up.  I'm sure they will, with the 50th anniversary celebrations and the return of Michael Damian as Danny Romalotti.

My email address:  jmadden16@yahoo.ca
Here are some comments I received in an email from longtime Y&R viewer, CC in Etobicoke, Ontario.

Not a fan of the direction that the Devon and Abby storyline just took.  Also, the true Jill has returned for a visit, hopefully a short one.  Billy will never get over his demons while he has to contend with mother Jill's control.  Right now, for him, all roads are heading back to Chelsea.

Society restaurant and the coffee house could both use decor makeovers.

Thanks for your comments, CC.  I'm also not a fan of the direction that the Devon and Abby story has    taken recently.  Why did the writers decide to break up Abby and Chance so soon?   They could have kept them together longer.  Also, I don't think Abby would have cheated on Chance so easily and brazenly.  By the way, I'm sick and tired of Devon's excuse that "it just happened" between him and Abby.  The truth is they wanted it to happen and they let it happen.

I can see that you aren't very fond of Jill.  She isn't my favourite character either, but I don't despise her as much as you do.  Although Jill hasn't been a great mother, I don't think she is completely responsible for all of Billy's mistakes and mishaps.  He has made some poor decisions on his own.

Yes, Society restaurant and the Crimson Lights coffee house could both use some makeovers.  However, I don't think that there is any urgency.  Y&R will probably take its time because new sets cost a great deal of money.

I received a call from Y&R fan Helen in Scarborough, Ontario.  Helen has come up with a very interesting theory, and it seems somewhat plausible.  Here's the theory: Audra lied about having a miscarriage.  She actually gave birth and put the baby up for adoption.  It's the baby that Mariah and Tessa are trying to adopt.  They would become parents to Noah's child and Sharon and Nick's grandchild.  Is that what the writers have been cooking up?  We'll find out sooner or later. 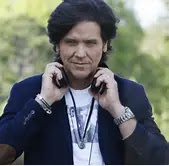 Michael Damian is set to reprise his role as Danny Romalotti.  The former teen rock star of Genoa City is now 60 years old, and he has aged well  I  am pleased that he is returning, at least for a while.  What do you think, fans?  Are you pleased about his return?  Reply to the poll below and let me know.

That's all for now.  Please remember that the next edition of Y&R Report will appear in this space on Saturday, December 3, 2022.

I would like to wish a Happy Thanksgiving to my American readers.