Hi fans,
First, a note to readers: I am going to take a short Christmas break.  I will be back in the New Year.  My Y&R column will return to this space on Saturday, January 14, 2023.
Well, it actually happened on Y&R.  A daughter, namely Summer, fired her own mother, namely Phyllis..  Yes, Summer finally had enough of her mother's antics and dismissed her from her job at Jabot.  She and Kyle felt that Phyllis had gone too far by prompting convicted felon Jeremy Stark to come to Genoa City.  However, just as the quirky redhead seemed isolated and friendless, she got a lucky break.  A new door opened up for her, thanks to her son Daniel.  Daniel invited his mother to join him in his new gaming venture at Chancellor-Winters.
If Daniel hadn't made  his offer, Phyllis would be out in the cold.  She has been blinded by her all-encompassing hatred of Diane Jenkins.  She's lost Jack and she's lost her hotel.  Now that Amanda has left town, Phyllis' only friends seem to be Michael and Lauren, and they have been urging her to give up her obsession with Diane.
Phyllis has put the whole Abbott family is in danger.  It looks like Stark is going to discover that Diane is hiding at the Abbott cabin.  Kyle intends to go there, so there will probably be a showdown.  However, Diane has set this whole crisis in motion by her involvement with Stark in the first place.  Jack keeps making excuses for her, as if she had no choice.  That's just not true.  In my books, Diane is worse than Phyllis.  She's more subtle and always presents herself as a victim.  Phyllis lays it all out on the line, no holds barred.
Jeremy Stark claims he wants money from Diane, but who can really believe him?  He wants more than money.  He wants revenge.  Phyllis is not a person who scares easily, but she appeared quite frightened of Jeremy.
For some reason, the writers of Y&R are trying to turn Nick and Sally into an attractive couple. but I don't think they have good chemistry.  It looks as if the writers just threw them together to create conflict between Nick and Adam.  It seems so contrived.  Perhaps the writers were not ready to reunite Nick with Sharon, so they got him involved with Sally instead.
As for Sharon, is she going to get involved with Chance, now that he's divorcing Abby?  I hope not.  That would be as exciting as watching paint dry.  I'm not a big fan of Chance.  I really don't think he has much personality.
HARRISON''S NEW LOOK
Although Kellen Enriquez, the youngster who plays Harrison Locke on Y&R, certainly needed a haircut, I'm sad to report that five-year-old Kellen, was subjected to some cruel online bullying about the length of his hair.  Here is what his parents wrote on Instagram: "To people saying Kellen needs a haircut: If you must know, he was scared & didn't want to do it so I didn't push.  He was finally ready last month and I was excited (as it was obviously getting a bit messy).  To see such hateful words against an innocent 5yo is so upsetting.  Hope everyone has a great Thanksgiving.  Kellen really enjoys his family on the show & we are grateful for this opportunity."
Here is a photo of Kellen with his new look. 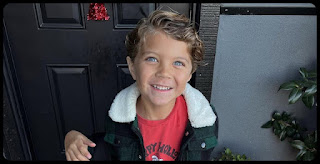 MY CHRISTMAS GIFTS TO Y&R CHARACTERS 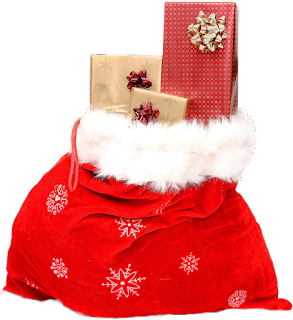 TO NICHOLAS NEWMAN:  I will enroll Nick in an anger management program.  I will also serve him a slice of humble pie. 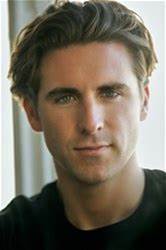 TO PHILLIP CHANCELLOR IV (also known as Chance):  I will send Chance to a speech therapist because he needs to speak more clearly.  H mumbles.
TO DOMINIC: The poor child needs a new family.  With Daddy Devon, Abby and Chance in the mix, the little boy is going to be terribly confused. 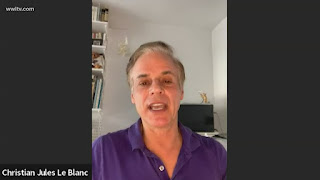 TO MICHAEL BALDWIN:  Some spine.  He needs to say "no" to Victor Newman sometimes.  He's behaving like Victor's lackey.  He runs at Victor's every beck and call.  He even left his breakfast uneaten because his big boss summoned him. 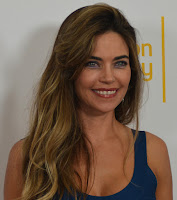 TO VICTORIA NEWMAN: I would like to gift Victoria with a receptionist for her office.  I have never heard of a CEO of a multinational corporation such as Newman Enterprises without a personal assistant or receptionist.  People just walk into her office unannounced.

Y&R REPORT READERS' POLL
It's good to see Eileen Davidson in the thick of a Y&R storyline again.  Her character, Ashley, has been spending a great deal of time with Tucker McCall.  Tucker is a snake-in-the-grass, but he's been making an all-out effort to romance Ashley.  He even took her on a winter picnic.  Ashley is not stupid, but she has been playing along with him.  Does Tucker really have feelings for Ashley or is he just using her aa a pawn to get control of Jabot and the Abbott fortune?
Ashley clearly doesn't trust Tucker, but is she letting him get to her.  Is she enjoying all the attention he's bestowing on her?  What do you think, fans?   Respond to the poll below and let me know.
NOTE TO READERS
I need your feedback.  If you have any comments on Y&R, please email them to me with "Viewer Forum" in the subject line. I will be happy to publish your comments and reply to them  You do not have to use your real name.  I really need your input.  I really need to hear your opinion.  I want to know if you agree or disagree with me.
My email address:  jmadden16@yahoo.ca
That's all for now.  To those who celebrate, a Merry Christmas and a Happy New Year.  To those of the Jewish faith, Happy Hanukkah.  All the best in 2023.   I'm looking forward to the festive season and some New Year celebrations on Y&R.  It should be fun.