Whatever happened to Thomas Gibson? 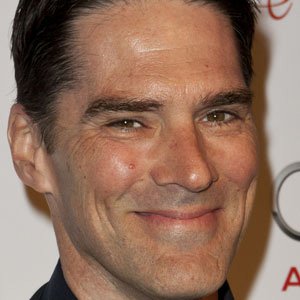 Thomas Gibson has starred in three popular television series: Chicago Hope, Dharma & Greg and Criminal Minds.  His life and his career, however, have been plagued with struggles and controversy.  He has constantly defended himself from criticism and has steadfastly attempted to justify his actions.
Thomas Ellis Gibson was born in Charleston, South Carolina on July 3, 1962, the youngest of four children.  His father, Charles MacDonald. "Mac" Gibson was a progressive lawyer and a politician who served as a Democratic state legislator. Tom's mother, Beth Gibson, was a social worker.
Tom developed an interest in acting at an early age.  When he was ten years old, he took part in children's theatre, performing and studying with the Footlight Players at Dock Street Theatre in Charleston.
Tom was raised a Catholic and he attended Bishop England High School in his hometown.  He later attended the College of Charleston and interned at the Alabama Shakespeare Festival.  After 18 months at the college, he won a scholarship to the prestigious drama division of Juilliard School.  In 1985, he graduated with a Bachelor's Degree in Fine Arts.

Tom appeared as William Sprague in the 1988 TV miniseries Lincoln.  The cast included Mary Tyler Moore, Sam Waterston and Richard Mulligan.  In 1990, he played Peter Fitzwilliam in another historical miniseries, The Kennedys of Massachusetts,.  An epic drama that ran for three nights, The Kennedys of Massachusetts chronicled 55 years in the lives of the fabled family.

From 1994 to 1997, Tom portrayed Dr. Daniel Nyland on the medical drama Chicago Hope.  In 1998, he appeared in the NBC miniseries A Will of Their Own, a two-part epic about women's lives in the 20th Century.

From 1997 to 2002, Tom played conservative lawyer Greg Montgomery on the sitcom Dharma &Greg.  The comedy focused on a seemingly mismatched married couple.  After one date, straight-laced Greg and free-spirited Dharma Finkelstein fell in love.  Greg was the privileged offspring of wealthy parents,  After graduating from both Harvard University and Stanford University, he became a federal prosecutor in the U.S. Attorney's Office in San Francisco., Meanwhile, Dharma, portrayed by Jenna Elfman, was a yoga instructor who was raised by hippie parents.  After a whirlwind romance, these two polar opposites decided to elope, much to the consternation of their families.. 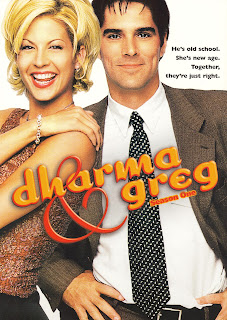 After 12 seasons on Criminal Minds, Tom was fired and his character was written out of the series.  His dismissal was the result of an altercation with writer-producer Virgil Williams.  After an initial two week suspension, Tom was discharged from the show.  In a joint statement, ABC Studios and CBS Television Studios, co-producers of the series, announced his firing.  To explain Tom's absence, it was eventually revealed that his character, Hotch, had entered a witness protection program after noticing a serial killer stalking his son.

In a 2016 interview with People magazine, Tom told his side of the story about his firing.  "I feel like it took years to make a good reputation and a minute to damage it," he lamented.  According to Tom, during the filming of  the second episode of the12th season of Criminal Minds, he and Williams had a disagreement over a line in the script.  He claimed that Williams came into the room and started coming towards him.  "If I hadn't moved, he would have run into me," Tom stated.  "We had some choice words, for which I apologized the next  day, and that was it.  It was over.  We shot the scene, I went home - and I never got to go back."

Soon after his dismissal from Criminal Minds, Tom remarked, "It seems like they're trying to erase me from the show.  That hurts.  But I'm using this time to be with my kids, and I look forward to what's next.  Maybe I'll do a comedy, or a play, or direct, or produce.  My pride and reputation are hurt, but in the end I know the good work is what people will remember.  I just need more opportunities to do good work and be a good guy."

Below is a photo of Thomas Gibson as Aaron Hatcher on Criminal Minds.

Tom also told his side of the story to People concerning his arrest for suspicion of driving under the influence in Los Angeles on January 6, 2013.  He strongly denied having a substance abuse problem despite the DUI arrest.  He said that on the evening of his arrest, a night marathon was going on downtown and a police officer prevented him from entering his parking garage.  He drove around and another officer allowed him to enter.  "When I got to my garage gate," Gibson claimed, "the first cop told me to get out and put my hands on the car."

According to Tom, "five bike cops were running at me" and one of them said he smelled alcohol.  "I'd had one drink with a friend, but that was it."  Tom said he passed their field sobriety test, but refused to blow into a Breathalyzer and was arrested.  His lawyer advised him that he could probably win if he fought the charge, but he declined because "I didn't want to put my kids through a trial."

Unfortunately for Tom, the police didn't see it that way.  According to officer Cleon Joseph, the actor drove through a barricade that was designed to keep cars off the course during the nighttime half marathon near the downtown area.

Since his dismissal from Criminal Mind, Tom has maintained a low profile.  He has not had any TV acting roles, most likely due to his highly publicized altercation with Virgil Williams.  However, the actor has done some work on feature films instead.  He provided the voice for a character named Joseph in the 2017 film Axis, a thriller drama.  In 2019, he played the role of Colonel Branson in the the action film Shadow Wolves.

On April 3, 1993, Thomas Gibson married actress Cristina Parker (also known as Christine Gibson).    Most recently, she has been referred to as Cristina Siri Chandra Kaur,  According to the website Promipool, the couple met in Pari in the early 1990s.  Tom had just finished a film in Ireland and he was travelling around.  In 1991, he was in Paris and a friend introduced him to Christine, a graduate student.  The couple had three children, - two sons, James Parker Gibson (born June 23, 1999) and Travis Carter Gibson (born July 1, 2002), and a daughter, Agatha Marie Gibson (born April 28, 2004).

The marriage, however, did not last.  Tom and Christine quietly separated and Tom filed for divorce in 2014, citing irreconcilable differences "due to discord or conflict of personalities . . ."   According to documents obtained by TMZ, the divorce was not finalized by a judge until February of 2018.

"I'm the child of divorce," Tom told People," and when Christine and I married, it was important to me that I never undermine the marriage."  He said that he and his wife kept their breakup private because "divorce is hard enough on kids without having to deal with it publicly."

* Early in his career, Tom had roles in daytime soap operas.  In 1987, he portrayed Peter Latham on Guiding Light.  In 1989, he played Derek Mason on As the World Turns.  In 1990, he appeared as Sam Fowler in Another World.

* In his 2016 interview with People, Tom addressed rumours that he was on bad terms with his former Criminal Minds co-star Shemar Moore.  "Shemar and i did have disagreements early on," he admitted.  "People work differently and have different priorities, but we are like brother and worked through it.   I was so happy to direct the three-episode arc that was written to send him off, with hugs and kisses."

* Tom is an avid golfer and has played regularly at golfing events such as the A&T Pebble Beaach Pro-Am.

* Tom still resides in San Antonio, Texas, the hometown of his ex-wife, Christine.

* Christine played the role of a gymnast in in the 1983 James Bond movie Octopussy.  She is a KRI certified yoga teacher and she studies the healing tradition s of Sat Nam Rasayan, which includes Zero Balancing, and Biodynamic Cranial Sacral Therapy.