Why I Watch the CBC 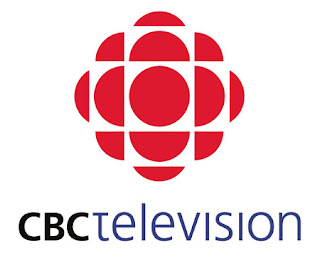 Okay, I admit it!  I actually enjoy watching the CBC.  Is that un-Canadian or something?  Am I not supposed to confess that I only watch the Mother Corp. out of duty or obligation?  Wouldn't I really prefer to be viewing Glee or Dancing with the Stars or Two and a Half Men?
Well, first of all, why does it have to be either/or?  I watch the CBC, but I also enjoy American television too.  Secondly, the CBC provides me with programming that I just can’t get on any other network.  It is a window to my own country.

So what do I watch on the CBC?  Well, I always tune in The Rick Mercer Report.  He’s very funny and I just love his satirical wit, and his weekly rant.  Yes, I look forward to "Rick’s Rant" as he walks through an alley filled with graffiti art.
Another favourite of mine is This Hour Has 22 Minutes.  There is no doubt that Newfoundlanders are the finest comedians in Canada.  From Rick to Cathy Jones to Mark Critch and Shawn Majumder, they are the leaders in comedy in this country.  So, here’s to The Rock!  Speaking of Newfoundland, another native of the province is making a name for himself on CBC’s Republic of Doyle.  Alan Hawko plays Jake Doyle who runs a private investigations agency with his father in St. John’s.
As I’ve mentioned before, I am a fan of Little Mosque on the Prairie.  This season, Amaar Rashid (Zaib Shaikh) and Rayyan Hamoudi (Sitara Hewitt) are finally together and they are engaged.
Now the show is exploring the complications and nuances of their relationship as they prepare for their wedding.  Where else but on the CBC could I watch a series about a group of Muslims in a small prairie town who rent some space for a mosque at a local church?  Would U.S. audiences be ready for a show based on this premise?  My guess is probably not.
This season on Little Mosque, Carlo Rota has not appeared as Yasir Hamoudi.  Rota has been working in the United States and has appeared on such programs as Human Target and Goldilocks.  He is best known to American audiences for his five seasons as Mick Schtoppel on the USA Netoworks’s hit show Nikita.  I miss his presence on Little Mosque.
For news and current events, I watch Peter Mansbridge and The National.  I met Peter once at a retirement party for former Toronto Star entertainment writer Jim Bawden.  I asked him why you never see snow and winter scenes on Little Mosque.  He told me that the show is not filmed during the winter.  Okay, but couldn’t they use artificial snow?  How can you depict a little town in Saskatchewan without snow?
One of my favourite segments of The National is the “At Issue” discussions on Thursday nights.  I enjoy Peter’s political banter with a panel of pundits consisting of Andrew Coyne, Chantal Hebert and Allan Gregg.  It is incisive and thought-provoking.  After the National, there’s George Stroumboulopoulo Tonight (formerly The Hour).  Strombo is entertaining and usually has good guests.  Not only that, but I’ve grown accustomed to the red chairs on his set.
I am partial to the CBC because the other networks mostly just simulcast American programming. Why should I watch a Canadian network for that when I can just as easily watch CBS or NBC?  The CBC isn’t perfect, but it is ours, and it reflects this country.  Like Canadians, it is often self-deprecating.  It doesn’t take itself too seriously.  Often, on programs such as The Rick Mercer Report and 22 Minutes, CBC personalities and their shows are parodied.
END NOTES
* I have to say that I am not big on realty shows.  Yes, I know they are popular, but I don’t get anything out of them.  Most of them don’t cost much money to make, but they can be pretty awful.  Right from the beginning, I was never a fan of the Survivor series.
* For the record, my current favourite American programs are Mad Men and The Good Wife.
* As you can tell, I revel in political humour.  It is my favourite type of comedy.  One CBC programs I really miss is Royal Canadian Air Farce.  I was very disappointed when it ended its run.  I still watch the Air Farce New Year’s special.
* I don’t often watch game shows, but I am avid fan of Jeopardy.  I used to watch it way back when Art Fleming was the host.  Its current host, Alex Trebek, was born and raised in Sudbury, Ontario.  On a recent edition of the show, Alex made reference to his Canadian roots and declared that he had a bone to pick with one of the contestants.  The contestant, a female, revealed that she passes herself off as a Canadian when travelling.  She feels that Americans get a bad rap which they don’t deserve.  At the end of her explanation, she added rather sheepishly and apologetically to Alex, “Sorry.”  Hey, maybe she really is Canadian, or perhaps she’s been imitating Canadians so long that she is beginning to sound like one.
KRIS HARMON NELSON PHOTOS
On January 17, 2011, I wrote about Kristin Harmon Nelson.  I received far more response to that posting than to anything else I have written on TV Banter.  There is obviously a great interest in Kris.  It seems that some people would like to see more current pictures of her.  If you are one of them, click on this October, 2008 interview she did with Hal Wingo on santafe.com
http://www.santafe.com/articles/for-kristin-nelson-life-and-art-finally-come-together-peacefully-in-santa-fe
I promise to keep you informed of any news or updates regarding Kristin Harmon Nelson.
- Joanne
Posted by Joanne at 1:06 PM