Some notes for fans of The Carol Burnett Show 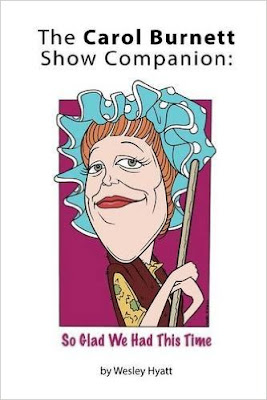 For more detailed information about the event, click on the link below.

Chris is the son of beloved comedian Harvey Korman.  He is an actor, radio talent and TV historian and star of the Disney Video, Through the Mind's Eye, He attended Lesley College in Cambridge MA. and studied theatre history.  He worked as co-host/board member for the non-profit Marianne Frostig Golf Tournament from 1971-1986 and as a spokesperson for the charity organization  Keshet of Chicago.  He later became an assistant to George DiCenzo acting workshops in New York and Pennsylvania and trained in stage-managing at Colorado Mountain College under Thomas Chochran.  He has worked behind the scenes in networking on behalf of performers for 15 years.

Westley Hyatt is a writer and television historian.  He is the author of several non--fiction books such as Television's Top 100: The Most-Watched American Broadcasts, 1960-2010, A Critical History of Television;s The Red Skelton Show, 1951-1971, Kicking Off the Week: A History of Monday Night Football on ABC Television, Emmy Award Winning Nighttime Television Shows, 1948-2004, Short-Lived Television Series, 1948-1978: Thirty Years of More Than 1,000 Flops, The Encyclopedia of Daytime Television: Everything You Ever Wanted to Know About Daytime TV but Didn't Know Where to Look!, The Billboard Book of Number One Adult Contemporary Hits

Christopher Korman has advised me that his second segment of his tribute to the Burnett show will be airing from June 29th to July 4th on TV Confidential, Ed Robertson's radio talk show about television.  The first segment can be listened to in the archive section of TV Confidential's website. Here is the link: