Well, well, well!  The Great Victor Newman wants control of his two young grandsons, Connor and Christian.  His ultimate goal is to have the two boys living at the ranch with him and Nikki.  It isn't enough for Victor to control the lives of his children and his older grandson, Noah.  Now he wants to call the shots where his youngest grandchildren are concerned.  This time, my sympathy is with Nick.  He, at least, has tried to stand up to Victor and he sincerely wants to raise Christian, even though Christian is not his biological son.

What's going on with Phyllis?  Why was the former redhead so intent on preventing Nicholas from learning about Christian's paternity?  Sharon was absolutely right to tell him the truth. He deserved to know.  Hasn't Phyllis had enough of secrets and lies?  It seems to me that she wants to prevent Nick and Sharon from reuniting.  What's it to her?  She has her Billy Boy all to herself now, since Princess Victoria has gone back to J.T.  Is she bored because she already has Billy and she misses the thrill of the chase?  Is there trouble in paradise for Billy and Phyllis?

Where Sharon and Nick are concerned, do I detect some jealousy on Phyllis' part?  Does she still have feelings for Nick?  I think she has some nerve trying to manipulate Sharon!  After all, she played an integral part in the break-up of Nick and Sharon's marriage.

Chelsea's mother, Anita Lawson (Catherine Bach) is a piece of work, isn't she?  After Chelsea  Connor, she showed up at Nick's door, desperate for money. She claimed that she was unable to pay her rent without the financial support of her daughter.  When Nick refused to give her money, she dangled a video file from Chelsea to Christian.  In the end, Nick gave her Chelsea's engagement ring in exchange for the video.  The always practical Anita did not hesitate to take what she could get, remarking that "Some money is better than no money."


Chelsea phoned somebody who is helping her.  Was it Jordan?  He has a history of being her partner in crime.  At any rate, she won't be on the lam much longer. I think that "Victor's people" will find her before the Genoa City police.

Victoria was stunned when J.T. became brutally honest with her.  He told her that she is paranoid and insecure.  That may be true, to a certain extent.  There is no doubt that Ashley is a threat to Victoria's interests.  Ashley has made it clear that she wants to be Victor's successor as CEO of Jabot, but does Victoria really have to stoop to underhanded schemes to remove Ashley as a threat.  As Lily pointed out, the Princess was a better boss when Brass & Sassy was not a subsidiary of Newman Enterprises.  As J.T. poclaimed, Victor and Ashley bring out the worst in Victoria.


BEST LINE OF THE WEEK:

Jack Abbott to Ashley as she was leaving for work at Newman Enterprises.:

Regular Y&R viewer, Fifi from Collingwood, is very impressed by Christian Newman.  Fifi thinks he's a good actor for his age and expresses himself wonerfully.  Well, Christian is actually being portrayed by twins Alister and Tobias McAllister.  I agree that the twins are fantastic little actors.

Another regular viewer, Helen from Scarborough, is very unhappy with the Chelsea storyline.  Helen says that it appears to have been put together hastily in order to accommodate Melissa Claire Egan's departure from the show. I tend to agree.  I still can't buy the premise that Chelsea would suddenly revert to her old ways and become a con artist again.  As for her claim that she needed the money to secure Connor and Christian's' future, are they not the grandsons of billionaire Victor Newman?

Y&R to celebrate 45th anniversary with appearances from past characters

Great news for Y&R fans!  The show will be celebrating its 45th anniversary and several characters from the past are scheduled to make an appearance.

The Young and the Restless was created by William and Lee Phillip Bell and it premiered on CBS on March 26, 1973.  Therefore, the anniversary tribute is scheduled to begin airing on Monday, March 26 of this year. (Friday, March 23 on Global-TV in Canada.  Here is a list of the characters who will be appearing during the 45th anniversary tribute.

Janice Lynde (Leslie Brooks) - Leslie was a shy, insecure concert pianist who had a mental breakdown.  Janice originated the role of Leslie back in 1973 and played the part until 1977.

Jaime Lyn Bauer (Lorie Brooks) - Lorie was Leslie's sister.  She was a novelist and was very jealous of Leslie's success as a pianist.

Meg Bennett (Julia Newman) - Julia was the first wife of the much-married Victor Newman.  The character debuted in 1980 and Meg played the part on-and-off for six years.  In 2002, she briefly reprised her role when Julia returned to Genoa City seeking help from Victor to prevent a hostile takeover of her company.

Mackenzie had a romance with Billy Abbott and eventually married J.T. Hellsom.  She and J.T. moved to Washington, D.C. and had two children.  Now that Mackenzie and J.T. are getting a divorce, her return to Genoa City is very timely.  She will undoubtedly lock horns with Victoria.

Kelly Kruger is one of four actresses who have played the role of Mackenzie Browning  She portrayed Mackenzie from 2002 to 2003. Mackenzie was last played by Clementine Ford, from April 1, 2009 to November 5, 2010.

David Lago (Raul Guittierez) - Raul, a Cuban-American, was one of J.T. and Billy's circle of friends.  Now that J.T. is back in town, it will be fun to see him reunited with his old buddies.

Lauren Woodland (Brittany Hodges) - Brittany was also one of J.T. and Billy's friends.  Brittany began working as a stripper and then as a singer at a club owned by Bobby Marsino.  She eventually married Marsino (John Enos) and they had a son named Joshua.  However, Bobby died in an accident in 2005 and Brittany left town with their child and moved to New York. 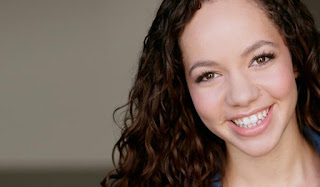 19-year-old Lexie Stevenson, who plays Mattie Ashby, is having a difficult time.  She has been hospitalized due to complications from endometriosis, a disease which manifests itself in inflammation and abnormal growth of the uterus. Endometriosis is extremely painful and it is chronic.  Unfortunately, Lexie was in so much pain that she was given morphine through an IV.

Michael Mealor to play the role of Kyle Abbott but will fans warm up to his character?

Kyle Abbott, the son of Jack Abbott and Diane Jenkins,  is returning to Genoa City.  Michael Mealor, a daytime newcomer, will play the role this time.  Kyle's return will undoubtedly cause some turmoil for the Abbott family, especially since he didn't support Jack's bid to remain CEO of Jabot.  It is obvious that he has some issues with his father.  The real question, however, is whether Y&R fans will ever warm up to Kyle.

Since 2010, four actors have portrayed Kyle, but none was able to connect with viewers.  The most recent being Australian Lachlan Buchanan, Lachlan played the character for a little more than a year.  Kyle was then written out of the show.  After breaking up with Summer, he went to work in New York.

It will be interesting to see if Michael Mealor is able to click with audiences.  If he doesn't click this time, then the Kyle character should be scrapped because he's just not likeable.  After all, every actor who plays Kyle can't be bad.

Are you pleased that Kyle is coming back?
Created with PollMaker

That's all for now.  Don't forget that the next edition of Y&R Report will appear in this space on Saturday, March 17, 2018 (St. Patrick's Day).  I'm really looking forward to the month of March on Y&R, especially because of the 45th anniversary celebrations.  I can't wait to see the blasts-from-the past.