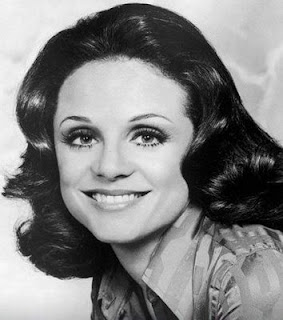 There is some sad news in TVland.  Valerie Harper, television's "Rhoda," is near death, according to her longtime husband, Tony Cacciotti.  Four years after she beat lung cancer in 2009, Valerie was diagnosed with a condition known as leptomeningeal carcinomatosis, which occurs when cancer cells spread into the fluid membrane surrounding the brain.  In 2013, Valerie announced that she had terminal brain cancer and was given given thee to six months to live.  However, she battled bravely and beat the odds, even competing on Dancing with the Stars.

In a July 23, 2019 Facebook post, Cacciotti, 78, revealed that doctors had advised him to move his wife of 32 years to hospice care.  He has refused to do so, promising to keep Valerie, 79, as comfortable as possible during the final days of her life.  Here is what Tony Cacciotti wrote: "I have been told by doctors to put Val in Hospice care and I can't (because of our 40 years of shared commitment to each other) and I won't because of the amazing good deeds she has graced us with while she's been here on earth."

Our thoughts and prayers go out to Valerie and her family.

Note: I posted an earlier article on Valerie Harper on July 28, 2011.  Click the link below to read it.