Rey has dumped Sharon, probably for good.  It doesn't seem likely that he's going to relent and come running back to her anytime soon.  It's not surprising that Sharon sympathizes with Adam.  He has a way of pushing her buttons.  He takes advantage of her tendency to champion the underdog.  In her eyes, Adam is the underdog and that the whole world is against him  She is his only ally, his only defender.

Rey realizes that Sharon has been increasingly drawn to Adam.  After what he endured during his marriage to Mia, I don't blame him for not wanting to go through it again with Sharon.  The more everyone turns against Adam, the more Sharon will be support and defend him.  According to an online spoiler, she will "give in to temptation" where Adam is concerned.  Not surprisingly, she didn't waste much time pining over Rey, but then Sharon has never been one to  resist temptation and  men whose last name is Newman.

By the way, isn't Adam still technically married to Chelsea?  He was presumed dead but he and Chelsea never divorced.  Why has nobody mentioned that?  Also, Chelsea was left $5 million dollars in her late "husband" Calvin's will.  There must be something fishy about that money, especially if her con woman mother, Anita, is involved.  No wonder Chelsea had a feeling that something wasn't right.  Still, she signed the document without even reading it.  Nick didn't even stop her from being so careless.  He didn't remind her to read it first before signing it.

A new actor is playing the role of Christian Newman because the writers decided to age the character.  They obviously wanted an older Christian for the custody battle storyline.  It's too bad they couldn't have allowed the previous Christian to age naturally.  He is so sweet.  I miss him.

Kyle and Lola may be very lovey-dovey, but I can't see their relationship lasting much longer.  Their romance is doomed for two reasons.  Firstly, this is a soap and they can't live happily ever after.  Secondly, Kyle has not been completely honest with Lola.  He did not tell her the whole story about what happened in New York. What he did in the Big Apple will come back to haunt him.  What happened in New York will definitely not stay in New York.  Theo will see to that.  Kyle's New York buddy is nothing but trouble.  Although he denies it, he would be as pleased as punch if Kyle and Lola broke up.

When Lola learns the truth, she will not be a happy camper, to say the least.  If she finds out before the wedding ceremony or during the ceremony (as sometimes happens in a soap), the star-crossed lovers may not even get married.  However, I think she'll find out soon after the wedding. 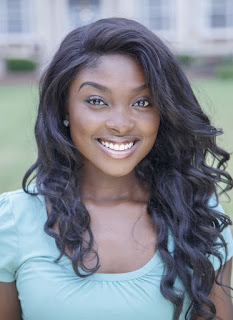 Loren Lott, who played Devon's sister, Ana Hamilton, has been let go from The Young and the Restless.  She was told that the powers-that-be didn't know what to do with her storyline.  The actress admitted that she was "a little bummed at first that they wanted to spend their budget increasing other people's storylines."

Loren, a former American Idol contestant, has wrapped up her last day on the set of the show and will move on.  Taking to YouTube, she said "I have learned so much and I have had so much fun.  I've  received thousands of hugs and kisses and several 'dream come true' moments."

Three-time Daytime Emmy winner Billy Miller has left his role as Drew Cain on General Hospital.  Does that mean he's going to reprise his role as Billy Abbott on Y&R?  It's very possible, especially after Michelle Stafford's return as Phyllis.  If I were Jason Thompson, the current Billy, I'd be looking over my shoulder.  Jason must be thinking about what happened to Gina Tognoni.

As mentioned in the last edition of Y&R Report, Catherine Bach will return as Chelsea's mother, Anita Lawson, on August 8th (CBS) and August 7 (Global TV in Canada).  She will be accompanied by Connor Newman, the son of Chelsea and Adam.  Judah Mackey has been cast in the role of Connor and you can bet he will have grown up quite a bit since we last saw him.

Elizabeth Hendrickson will be appearing in more episodes as Chloe Mitchell.

A mysterious new character is coming to Genoa City.  Her name is Zoe Hardisty and she will be played by Alabama native Anna Grace Barlow.  According to Soap Opera Digest, Zoe is scheduled for a small number of episodes and "will share a surprising connection with a member of Genoa City's jet-set."   Could it be Kyle?  Was he involved with her during his wild New York days?  Watch out, Lola!

Regular Y&R viewer Fifi in Collingwood, Ontario thinks that if Billy Abbott (Jason Thompson) is hospitalized with a breakdown over Delia, another actor may be playing the role of Billy when he returns form treatment.  That actor would be Billy Miller, who recently left General Hospital.  Billy Miller is very popular and many fans want him back on Y&R. 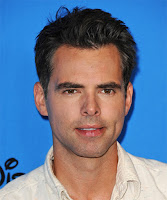 Well fans, over to you. What's your verdict?  Do you want Billy Miller to return to The Young and the Restless or are you happy with Jason Thompson in the role?  Respond to the poll below and let me know.

Do you want Billy Miller to come back to Y&R?
Make free surveys