Whatever happened to Mary Crosby after she shot J.R.? 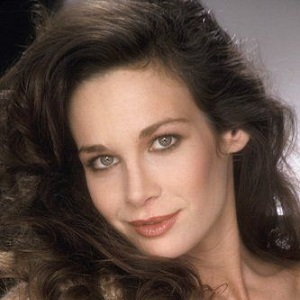 "My only regret is that Daddy isn't here to share the tremendous joys of my life right now.  But other than that I am very clear on his death.  Daddy died while he was still very much a man, while he still had control of the lives of the people he loved."

Mary Crosby spoke those words in an interview with McCalls magazine in 1980.  She was only 20 years old at the time and riding high as a star on the wildly popular prime time soap opera, Dallas.  Bing Crosby never lived to see his daughter's television stardom.  He passed away 42 years ago, on October 14, 1977.  The 74-year-old collapsed and died instantly.after suffering a massive heart attack near the clubhouse of a golf course in Madrid, Spain

After Bing's death, his eldest son, Gary, wrote a very critical book about his father, entitled Gong My Own Way.  In Gary's memoir, the legendary crooner was depicted as cold, distant and physically abusive.  Gary's younger brother, Philip Crosby, strongly defended their father.  He said that Bing had been a "great father" and that Gary's claims were exaggerated.

Bing was larger than life and he left an indelible mark on his family.  As Mary stated, he had control of the people he loved.  He was very patriarchal and held to strict standards of morality.  In a 1977 interview with Barbara Walters, Bing declared that he would disown his only daughter if she lived with a man outside of marriage.  At the time, 17-year-old Mary was "damn near living with," as she put it, singer-songwriter Eb Lottimer.  Soon after Bing's death, Mary and Eb moved into a mountaintop home in Malibu, California.

Mary Frances Crosby was born in Los Angeles, California on September 14, 1959.  She is the only daughter of famed entertainer Harry Lillis "Bing" Crosby and his second wife, retired singer-actress Kathryn Grant.  Bing's first wife, singer, danger Dixie Lee, died of ovarian cancer in 1952 at the age of 42, leaving him a widower with four sons.  In 1957, he wed Kathryn.

Mary, the couple's second child together, was a precocious child.  At the age of two, she became one of the youngest children in the United States to pass the Red Cross beginner's swim test.  By three, she could read and write. She received her Actor's Equity Card at the age of four and made her stage debut with her mother in a Bay area production of Peter Pan at six.  She entered the University of Texas at Austen.when she was just 15.

Mary made her first professional appearances in in he father's popular Christmas TV specials, along with her siblings (Bing had four sons with is first wife, Dixie Lee (1909-1952) - Gary, Philip, Dennis, Lindsay - and two sons with Kathryn Grant (1933- ) - Harry Crosby III and Nathaniel.  Of her relationship with her dad, Mary told People magazine in 1980, "He just didn't know what to make of a girl in the family.  She reminisced about how "he used to take me to ball games and fishing and hunting."

Below is a photo of Bing and Kathryn and their three children.  Mary is seated to the right of Bing.

In 1967, Mary made her acting debut as "Joan" in a episode of The Danny Thomas Hour, entitled "The Demon Under the Bed" (Season 1, Episode 5, Air Date: October 9, 1967).  She was 8 years old at the time and appeared along with her father.  In a rare television dramatic role, Bing played a fading film star Charlie Castle, who was faced with losing his voice.  It is interesting to note that Dynasty star Joan Collins also appeared in that same episode.

By 1978, Mary had a guest spot in an episode of Starsky and Hutch.  She followed that with the role of Patricia North in the 1978 television miniseries Pearl, a war epic surrounding the Japanese attack on Pearl Harbor and starring Robert Wagner, Angie Dickinson and Dennis Weaver.   Then came an appearance on an episode of the crime drama CHiPs entitled "Pressure Point" (Season 2, Episode 16, Air Date: January 20, 1979).

Mary regretted her next career choice, a role in the 1979 miniseries Brothers and Sisters.  In 1980, she told People magazine, "I did a horrendously awful series for NBC, which bombed.  People wouldn't even let me read for parts for six months afterward."  However, the experience helped to pave her way to success. When her career stalled, she contacted Dallas producer Leonard Katzman, whom she has credited for rescuing her career and helping her establish her own identity.

Yet, despite being the daughter of Bing Crosby, Mary was not that well known before Dallas and was even confused with actress Cathy Lee Crosby, co-host of That's Incredible! (no relation).  Although she was originally hired for seven Dallas episodes, "they liked me so much that I was lucky to stick around for a year and a half.  It changed my life in a wonderful way."

From 1979 until 1981, Mary Crosby portrayed Kristen Shepard, the conniving sister-in-law/mistress of ruthless Texas oil baron J.R.. Ewing (Larry Hagman).  Mary's character will be forever enshrined in television history as the one who shot J.R.  The "Who Shot J.R." cliffhanger was a marketing bonanza.  There were 'Who Shot J.R." T-shirts and buttons and there were bets on who committed the dirty deed.

On the evening of November 21, 1980, millions of Dallas viewers around the world sat glued to their television sets to find out the answer to TV's  greatest "whoduunit."  They wanted to know who had gunned down the villainous J.R. and left him for dead on the floor of his office.  The unknown assailant turned out to be Kristin, who had shot him in a fit of anger and later claimed to be pregnant by him.  In the October 1981 season opener of Dallas, Kristen's dead body was found floating in the Ewing family's swimming pool at their Southfork Ranch.

In 1991, Mary reprised her role as Kristen on the final episode of the original series.  The episode is entitled "Conundrum" (Season 14, Episode 22, Air Date: May 3, 1991).  In the episode, a drunk and dejected J.R. is shown what the world would be like if he was never born.  In this alternate universe, Kristen is a con artist who appears to J.R. in a vision.   Of her character, Kristen, Mary told People magazine that "Kristen was really a high-class whore, but my parents taught us that we should play whatever was offered and learn from every opportunity."

After the death of Kristen, Mary left Dallas with the hope of using her Dallas stardom to catapult her career to greater heights.  It never happened that way.  In an exclusive interview with Britain's Daily Mail online , Mary admitted that after Dallas, "I made that classic mistake - having my 15-minutes of fame and thinking I could afford to wait around for more arty roles.  So I put myself out of commission and waited for work that was less available to me."

Mary starred as Karen Lancaster in the 1985 ABC miniseries Hollywood Wives and she portrayed Isabel Hazard in the 1986 American Civil War miniseries North and South, Book II.  She also appeared in television movies such as Men Who Hate Women & the Women Who Love Them (1994) and Sharing the Secret (2000).

Mary Crosby has been married twice.  Her first husband was singer-songwriter Edmund "Eb" Lottimer (born June 21 1951), whom she wed at the age of 19, on November 24, 1978.  They married in a non-sectarian ceremony of their own design and her mother did not attend because, according to Mary, she was performing in a play.  The marriage ended in divorce in 1998.

In 1998, Marry tied the knot for a second time with Mark Andrew Brodka, a California attorney specializing in real estate and personal injury law  Mary and Mark wed at the Crosby family ranch with 60 people in attendance.  The couple have two sons, Brent and Christopher, and Larry Hagman, who walked Mary down the aisle at her wedding, was named their godfather.

Mary and Mark reside in Malibu, in a rustic area above Pacific Coast Highway.  In 2013, they tentatively settled a long-running law suit with their neighbour, Susan Demers.  In 2010, Brodka  began the litigation process by suing Demers, a horse trainer, and her friend, Martha Gwinn.  The law suit concerned Demers' right of to travel across their land to reach a federal park in order to ride horses there.

* In 1980, Marry Crosby appeared as Kristen Shepard in an episode of Knot's Landing, a spin-off of Dallas.  The episode is entitled "Kristen" (Season 2, Episode 5, December 18, 1980).  In the episode, Kristen arrives in Knot's Landing following her arrest for drug possession.

* Mary's first husband, Eb Lottimer, became a fairly successful actor, director and writer.  He has made appearances on many TV series and is known for writing and directing the 1998 indie film Divorce: A Contemporary Western, which is a somewhat autobiographical work about his breakup with Mary.  More recently, he played a bank manager in the 2015 film Sicario and an Air Force colonol in the 2017 film The Space Between Us.  Eb hasn't remarried.

* On October 17, 2000, Mary's mother, Kathryn, married Maurice William Sullivan.  On November 4, 2010, Kathryn was seriously injured in a car accident in the Sierra Nevada.  Her 85-year-old second husband was killed in the the single-vehicle wreck on U.S. 50 east of Placerville, California.

* Mary remained friends with Larry Hagman, who also lived in Malibu, until his death of cancer in 2013.  She told the Daily Mail that "Dallas was a different life, and such an incredible experience, but the greatest gift from the experience was Larry and his wife, Maj."

Below is a 1980 press photo of Mary with Larry Hagman. 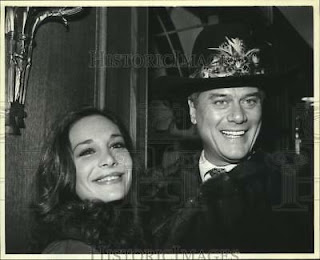