What's coming to Netflix this October

Netflix has a history of adapting Stephen King's horror novels and is ready to launch another.  On October 4th, it will release In the Tall Grass, a film about two little children who go out into a field of grass and are unable to find their way out.  It stars Patrick Wilson, Laysla De Oliveria, Harrison Gilbertson, Avery Whitted and Rachel Wilson.

On October 4th, Netflix will also release Season 5 of Peaky Blinders, a British crime drama starring Cillian Murphy.  The series premiered on the BBC in September of 2013.  It is primarily set in Birmingham. England and it follows the exploits of the Shelby crime family in the aftermath of World War I.  In Season 5, Cillian Murphy's character, crime boss Thomas Shelby, is headed for Parliament. 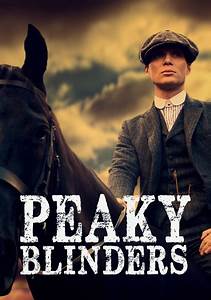 Another October 4th Netflix release will be Season 1 of a science fiction series called Raising Dion.  It is about an eight-year-old boy who discovers he has superpowers.  It is up to his widowed mother, Nicole Reese (Alisha Wainwright), to raise her superhero son Dion (Ja'Siah Young) properly and help him deal with his special gifts.  The series is based on the 2015 comic and short film of the same name.  Raising Dion will run for nine one-hour episodes.


Weekly episodes of Rythm + Flow will begin on October 9th.  This three-week event is the first of its kind for Netflix. It is the streaming service's first genuine competition and first hip hop competition.  The series features Cardi B, Chance the Rapper and Tip.

Coming for Halloween will be a Netflix film titled Eli.  It is the story of a boy receiving treatment for a life-threatening disease, an auto-immune disorder.  The boy discovers that the house where he's living isn't safe.  Eli's release date is October 18th.

The Laundromat, a film starring Meryl Streep, Gary Oldman, Jeffrey Wright and Sharon Stone, is a comedy about insurance fraud in Panama City.  It is also set to be released on October 18th.

On October 25th, Netflix will release Dolemite is My Name, a film starring Eddie Murphy.  Eddie has the role of an eccentric character in this biographical comedy.  He plays filmmaker Rudy Ray Moore (1927-2008), best known for portrayal of Dolemite in his stand-up comedy routine and in the 1975 film Dolemite.

The forthcoming Disney + streaming service recently released its list of supported platforms.  Fire TV Sticks and Cube and other devices were conspicuously absent from the list of the new service's supported devices.  Amazon fans will also be disappointed that the Fire tablets are excluded from the list, since Amazon Fire TV is a convenient way to watch streaming content on your television.

Disney has offered no explanation as to why it omitted Fire TV devices., although Amazon and Disney have an uncomfortable history.  Disney + is scheduled to launch on November 12, 2019, so there is time to rectify the situation.  If that doesn't happen, iPad may be the only tablet that Disney + works on.

"The only price dropping as fast as new streaming subscription deals from Disney and Apple is the stock price of streaming giant Netflix."

On September 20, 2019, Netflix (NFLX) shares dropped more than 5 per cent, to close at $270.75.  This occurred after Nexis CEO Reed Hastings conceded that his company will face stiffer competition with the November launch of Apple TV Plus and Disney Plus.  In a speech at the Royal Television Society Conference in  Cambridge, England, Hastings stated, "While we've been competing with many people in the last decade, it's a whole new world starting in November . . . between Apple launching and Disney launching, and of course Amazon's ramping up."  "It'll be tough competition," he declared."  "Direct-to-consumer (customers) will have a lot of choice."  Hastings also mentioned NBCUniversal's Peacock service, set to premiere in April 2020, as a potential rival


What is Pluto TV?

Pluto TV is a live TV streaming service.  As of March 2019, it is owned by Viacom. Pluto offers more than 100 channels and thousands of free movies.  It doesn't cost anything.  So, what's the catch?  Well, the price is right as long as you can tolerate the 30-second ads which interrupt your viewing at inopportune times, such as during a crucial scene in a film.  Not only that, but there can be four of those commercials in a row.  Somewhere along the line, there is a price for every streaming service.