Why was "Anne with an E" cancelled? 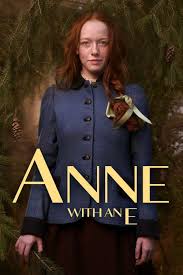 "Let's face it.  as Canadians we consume an awful lot of American TV shows, but that doesn't mean our own stories shouldn't get told.

In "Anne With an E," Emmy-winning Canadian showrunner Moira Walley Beckett breathed new life into the classic," Anne of Green Gables."  The show is wonderfully acted, beautifully shot and touches on issues deeply relatable issues despite its late-1800s setting.

But none of that saved it from cancellation by CBC and Netflix after just three seasons.  The official story is that the decision was mutual, although Netsflix reportedly paid most of the bills."


"Anne with an E's dynamic characters, impactful writing. and universal themes draw viewers in..  The series's success challenges assumptions about what young adults seek in entertainment, it's made waves without flashy clothing, a hip-hop sound track or fancy stylized editing.

Bolstered by the heart-wrenching honesty Amybeth McNulty gives to her portrayal of Anne, the show's writers arent afraid to tackle big issues.  Brilliantly woven into Anne with an E are themes of identity, antisemitism, bullying, gender bias, and empowerment.  The young characters also navigate the repercussions of societal taboos and the importance of acceptance." 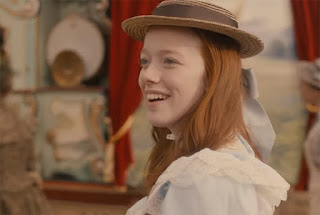 On Monday, November 25, 2019, came the surprising news that the CBC/Netflix series, Anne with an E had been cancelled.  The show's creator, Moira Walley-Beckett, announced on Instagram that "they've reached the end of the Green Gables road.  In a statement to Entertainment Weekly, Walley-Beckett, said that the "fan support and love for Anne with an E is overwhelming, heartening and wonderful - how I love those Kindred Spirits."  She said it proves to her "how much this show has connected with a diverse audience around the world and how meaningful it is to everyone."  Why then was it axed?

Anne with an E has received fulsome praise from reviewers.  Not only has it been given rave reviews, but it garnered seven Canadian Screen Awards last April, including best drama series and a best actress award for its star, Amybeth McNulty.  The series is hugely popular, even beloved among many viewers.  That's why so many people are upset by its cancellation after just three seasons. It doesn't make sense that a highly rated show that is "wonderfully acted" and 'beautifully shot" was ended so abruptly (The third season hasn't even been seen on Netflix yet).  When I heard the news, I was both disappointed and perplexed.

On Sunday evenings, along with many other Canadians, I looked forward to watching Heartland, followed by Anne with an E on CBC.  Amybeth McNulty is delightful in the title role of Anne, while  celebrated Canadian actor R.H. Thomson portrays Matthew Cuthbert superbly.  They and the other cast members are a joy to watch.  That's why I scratch my head and wonder why a show with so much gong for it was cancelled prematurely.

Fans were eagerly anticipating the fourth season of Anne with an E.  It's as if something has been cruelly yanked away from them because  there is so much story left to be told.  Yes, if we really want to know what happened to Anne and Gilbert and the others, we can always read L.M. Montgomery's books.  It's not the same, though.  Anne with an E is Anne of Green Gables with an edge.  It is much grittier, beginning with the beautiful artwork of it opening credits.

The opening titles were designed by Creative Director Alan Woods of Imaginary Forces, along with artist Brad Kunkle.  They are a stunning ode to the wonder of nature and to its changing seasons.  They feature animals native to Prince Edward Island, including an owl, a hummingbird, and a red fox which mirrors the colour of Anne's hair.

When this magnificent sequence was completed, the producers sought to accompany it with an appropriate musical soundtrack.  For the show's theme song, they chose The Tragically Hip's "Ahead by a Century" in which Gord Downie, the band's frontman, sings  of "casting a golden light." while viewers gaze at a dreamy woodland.  The sequence concludes with "Anne with E" carved into a tree.

As Moira Wally Beckett put it, "Since the Tragically Hip is a revered and iconic Canadian group we thought who better to provide the theme song for Canada's most beloved and iconic heroine, Anne with an E."  She said "'Ahead by a Century ' was a perfect fit for our vision of the show and we feel amazed and blessed every day that we were able to use it."

Anne with an E was enjoyed and relished by many.  That's why its fans were quick to express their frustration and dismay when series was cancelled.  The hashtag #RenewAnneWithAnE began trending on Twitter.  Within 24 hours, a petition imploring Netflix to renew the show for a fourth season collected 20,000 signatures from around the world.  That number grew to 60,000 in days.  Despite the petition, executive producer Miranda de Pencier made it clear on Instagram that "there is no way to revive Anne with an E anywhere."

In her statement to Entertainment Weekly, Moira Walley Becket expressed a desire to tie up all of the loose ends left by the show's abrupt cancellation.  She said, "I will miss this show forever and a day.  That being said,  I'd love to write an AWAE finale feature film."  Walley-Beckett later declared that she was "moved to tears" by the response of the fans and their efforts to save the show.  She said that the show's staff attempted to find a new home or create a finale movie for the show, but were unsuccessful in spite of their best efforts.

Sadly, it really looks like the end of the Green Gables road for the Anne with an E.  I agree with Debra Yeo of the Toronto Star.  I strongly suspect that Netflix, for whatever reason, does not want to pour anymore money into the series.  Since Netflix pays the piper, it calls the tune.  The CBC probably does not have much choice but to go along with the giant streaming service's  decision to cancel the show.  If that's indeed the case, then Netflix is ignoring the voices of a large number of fans.  Farewell Anne with an E.  You are gone but not forgotten by all your Kindred Spirits.

SOURCES: The Canadian Press," 'Anne with an E cancelled after three seasons on CBC/Netflix,'"   by Victoria Ahearn, November 25, 2019;  The Canadian Press, December 7, 2019; "Anne with an E creator says the show won't be revived despite fan petition," by ,  Indie Wire.com, "Stranger Things to Anne With an E; The Secret Weapon Behind Netflix's Latest Stunning Opening Sequence," by Hanah Nguyen, May 26, 2017; Film Daily .com, "'Anne with an E' fans come together to save their show"; Toronto Star, "2019 on the Screen," by Deborah Yeo, December 26, 2019.