Well fans, I have to say that I am really looking forward to  Newman Enterprises' 50th anniversary gala.  Get ready for quite a tribute to Eric Btaeden's forty years on Y&R as Victor Newman.  There will be three special episodes next week celebrating Eric's four decades on the show, beginning on Tuesday, February 18th on CBS and Monday, February 17th on Global TV.  The festivities will kick off with Nikki hosting the elegant gala.  There will be many vintage flashbacks and some characters will be returning for the celebrations including Victor's grandson, Noah Newman (Robert Adamson), his first wife, Julia (Meg Bennett) and his brother, Matt Miller (Robert Parucha).  You can bet that Y&R is pulling out all the stops for this celebration and it's no accident that it is occurring during the February sweeps.

All of Victor Newman's  ex-wives could not be invited to the gala.  By my count, three of them are deceased; Hope died of cancer, Diane was shot by Nikki in self-defence and Sabrina died in a car crash.  Ashley and Julia. seem to be the only ones of Victor's former wives around.

It isn't a surprise that Kyle and Lola broke up so easily.  They were doomed from the start.  They had too much against them.  Still, I was a bit surprised at how quickly they decided to divorce without even making an effort to save their marriage.  Of course, Summer and Theo swooped in like vultures.  They are both devious but Theo is a total scumbag.  Does he really want Lola or is he just trying to get back at Kyle?  Is he after Kyle's job too.  He sat in Kyle's chair as if he were CEO of Jabot.  I suspect he will try and use the fact that he is Dina's grandson to get what he wants.

Right now, Summer is the winner of the Kyle Abbott sweepstakes, but Snowflake may discover that Kyle isn't such a great prize.  That's because he's a lot like her.  The two of them are spoiled and self-centred.  They feel enabled to do what they want because they are wealthy.

Billy is out of control and he is becoming more and more reckless.  In recent episodes, we have seen him taking delight from looking down from a hotel ledge and hitting a tree with a race car.  He is fortunate that he hasn't been seriously injured.  His brother Jack is very concerned about him, but Victor thinks Billy Boy should be allowed to reach absolute rock bottom.  He thinks that's the only way that he will right himself.  The problem is that someone else may be hurt due to Billy's recklessness.  According to one online spoiler, Victoria might end up in the hospital.  I wonder if she'll hurt herself trying to stop Amanda's ex, Ripley Turner, from harming Billy.

I have to agree with Billy on one point, though.  Princess Victoria has allowed Victor to control her and ruin her marriages and relationships with men.  Victoria has always put her father ahead of the men is  her life.  She has never put a stop to his meddling and she has paid the price with numerous broken relationships and marriages.

We now know about Amanda's past, but we still don't know why she is a dead ringer for Hilar.  Are we ever going to get an explanation for that?  Is there even an explanation or was it just a way to get Mishael Morgan back on the show as a new characcter?  It would have been too ridiculous to bring Hilary back from the dead.

How about that Phyllis?  Genoa City's resident nosey parker found a way to find what was happening in Las Vegas between Chance and Adam without even going there.  She sure is resourceful when she wants to know something.  She always seems to find a way.

Did you notice that Y&R ignored Valentine's Day this year?  I guess the writers decided to focus on the big Newman anniversary bash instead. 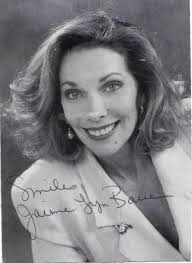 Longtime Y&R viewers are familiar with Jaime Lyn Bauer.  She played Lorie Brooks for years, beginning in 1973, when the show debuted.  She finished her run in 1982.  Her last appearance in Genoa City was in 2018 for Y&R's 45th anniversary.

Jaime Lyn was asked by Y&R to reprise her role as Lorie Brooks for two episodes.  It has not been made clear as to what storyline Y&R wanted her to participate in this time.  However, it was most likely the upcoming celebrations for Eric Braeden's forty years on Y&R.  In the early 1980s, Lorie Brooks was engaged to Victor Newman, but she stood him up at the altar.

Unfortunately, Jaime Lyn was unable to accommodate the show and she explained why on Facebook.  The powers-that-be on Y&R wanted her to tape the two episodes in the middle of a vacation with family and friends in Cancun, Mexico that she had already booked.  She spent a month in Cancun.  Maybe she'll visit Gennoa City again some other time. 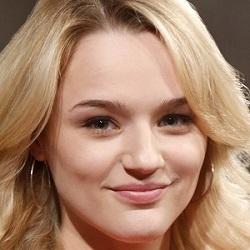 The Snowflake herself has landed the lead role on a prospective new primetime series.  As first reported by Deadline, Hunter King has been cast as Abigail Landing in a new pilot for ABC.  It is a comedy called Prospect.  Her character, Abigail, is a young, idealistic woman from Boston who is excited about her teaching job at a school in the Western prairie town of Prospect. Upon arriving in Prospect, she discovers that her students are not children, but rowdy male ranch hands.

Prospect sounds interesting, but what will all this mean for Hunter King's status on Y&R?  It's too early to tell.  We don't even know if Prospect will be picked up because the fall lineups won't be announced until May.  When Hunter was on the primetime show Life in Pieces, she worked out a schedule by which she was also able to continue with her role on Y&R.  This is unlikely to happen with Prospect.  Life in Pieces and Y&R are both CBS shows, while Prospect would be on a rival network.   Also, she was part of an ensemble cast on Life in Pieces, but she has the lead role on Prospect.

Here are some questions to consider if Hunter King waves goodbye to The Young and the Restless: If she leaves, will her character be written out?  Will a new actor take over the role of Summer?  Will it mean that there is still hope for Kyle and Lola to salvage their broken marriage?

Who is the biggest jerk in Genoa City?  My vote goes to Kyle Abbott.  Everything that Rae said about him is true.  Kyle himself couldn't even disagree that he's been very selfish and that he's hurt both Lola and Summer.  So fans, do you agree with me?  Respond to the poll below and let me know.

Who is currently the biggest jerk on Y&R?
Created with poll maker

That's all for now.  Don't forget that the next edition of Y&R Report will appear in this space on February 29, 2020, Leap Year Day.