The Newman anniversary gala was a fine tribute to both the character of Victor Newman and to his portrayer, the indomitable Eric Braeden.  It was filled with glamour and intrigue.  I enjoyed seeing former Genoa City residents such as Victor's ex-wife Julia (Meg Bennett), his brother Matt Miller (Robert Parrucha) and his grandson Noah (Robert Adamson).  I wish that Nina (Tricia Cast) and Danny Romalotti (Michael Damian) would also return for a visit at sometime.  Nina has a great reason for returning to Genoa City.  She is Chance Chancellor's mother and she could pay him a visit.  I don't think the current Chance has even mentioned her at all.

It seems that every time the Newman family has an anniversary, a wedding or some kind of celebration, something goes horribly wrong or there is an interruption of some sort.  Newman Enterprises's 50th anniversary gala was no exception.  It ended in disaster as Victoria Newman was stabbed by Amanda's psychotic ex, Ripley Turner., who mistook her for Amanda.

Ripley has been arrested and is behind bars for now  A rare success for Clueless Genoaa City Police Chief Paul Williams and his bumbling sidekick, Rey Rosales, henceforth known as Clueless Jr.  Have we seen the last of  Ripley, though?  Is his reign of terror over?  The citizens of GC, don't have much confidence in their police.  That's why Victor has his own security force, which seems to do a better job than the GC Police Department.

The reason why Victoria was attacked was to create conflict at Newman Enterprises.  She has to be out of commission for a while, so that someone is needed to replace her.  Nick is right that once Adam sits at the CEO desk of Newman Enterprises, he'll never give up the power and prestige without a fight.  Victoria is equally determined to maintain what she considers to be her rightful inheritance.

It's about time they started to wrap up the storyline involving Devon and Mrs. Chancellor's will.  Colin has returned the money to Devon.  Now I hope they capture him and tie up all the loose ends.  Closure is especially needed for Cane, since Daniel Goddard was let go from the show.

Dina is not long for this world.  Jack learned that she is not doing well at all and asked Ashley to come home from Paris.  Her death seems imminent and her will could stir up a hornet's net.  You can bet grandson Scumbag Theo hopes to inherit a sizable fortune.  It's not just the money, though.  What if Dina's will allowed him to seize some power at Jabot.?  He would be on his way to achieving his dream of replacing Kyle in the CEO's chair.

Kyle is a bigger jerk than Billy Abbott .  I know, I know!  Princess Victoria almost died because of Billy Boy's  recklessness.  His behaviour has not been normal.  Do normal people get their thrills from standing on the ledges of buildings and looking down at the street below?  Billy is mentally ill, while Kyle is just plain selfish.  He and Snowflake actually deserve each other because they are both spoiled rich kids and they feel entitled because of their wealth.  As for Lola, she is not so innocent either.  She is not exactly discouraging Theo's advances.  She seems to be taking her time and playing a bit hard to get.  She'll eventually give in. 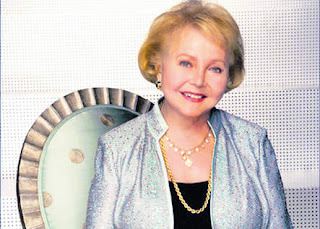 A pioneer in afternoon television has died.  Lee Phillip Bell, co-creator of The Young and the Restless and The Bold and the Beautiful, with her late husband, William J. "Bill" Bell, passed, away on February 25, 2020.  The Chicago-born Bell was an Emmy-winning broadcast journalist.  For over 30 years, she hosted and produced her own show, The Lee Phillip Show, for CBS.  She also produced and narrated many award-winning documentaries involving social issues.  During her lengthy career, she interviewed such luminaries as Judy Garland, Clint Eastwood, Jerry Lewis, The Beatles. Lucille Ball and Oprah Winfrey.

Lee Phillip Bell was the mother of three children: William James Bell, Bradley Phillip Bell and Lauralee Bell Martin.  Bradley Bell is the executive producer and head writer of The Bold and the Beautiful.  Lauralee portrays Christine (aka "Cricket"} Blair Williams on The Young and the Restless.

I spoke to longtime Y&R viewer Helen in Scarborough, Ontario who wondered how Ripley was able to get himself into the Newman gala.  "Believe it or not (pun intended), Ripley managed to crash the Newman gala.  Was there no security?" Helen told me.  As we know, Victor Newman is very big on security.  It's highly unlikely that there wouldn't have been a security check at the gala.  Phyllis also crashed the party, but that's par for the course for her.  She crashes almost every event in Genoa City. 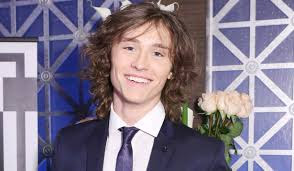 Reed Hellstrom (Tristan Lake Leabu) will be returning to Genoa City to visit his ailing mother, Victoria Newman.  He'll probably blame Billy for what happened to his mom. 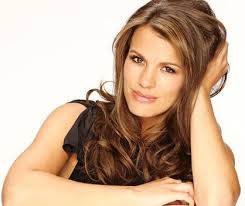 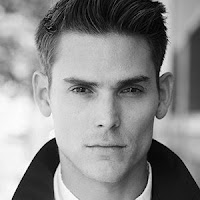 Adam Newman (Mark Grossman) proposed to Chelsea Lawson (Melissa Claire Egan) and Chelsea accepted.  Should marry Adam again?  Can she trust him or will he disappoint her?  What do you think, fans?  Is she making a huge mistake or not?  Respond to the poll below and let me know.


Should Chelsea remarry Adam?
Created with Poll Maker
That's all for now.  Don't forget that the next edition of Y&R Report will appear in this space on Saturday, March 14, 2020.