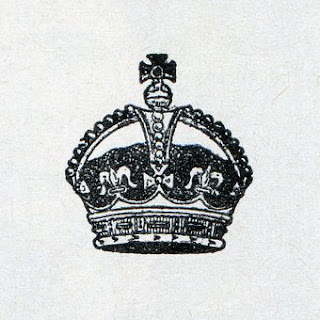 It seems that every time a member of the British royal family gives a television interview, it becomes the source of enormous grief, conflict and turmoil.  Those interviews have only served to weaken the institution of the monarchy and provide political fodder for its detractors.  The latest one has certainly been no exception to the rule.  The House of Windsor has been reeling since Oprah Winfrey's bombshell interview with the Duke and Duchess of Sussex, also know as Prince Harry and Meghan Markle.  It has has rocked the royal family to the core.

Harry and Meaghan's March 7th CBS interview has been a very polarizing event.  Almost two weeks have passed and there is still a huge fallout.  Viewers have taken sides.  Some people are sympathetic to Meghan and Harry, while others condemn the couple.  There doesn't seem to be room for any middle ground and the debate continues concerning the serious allegations made by Meghan and Harry in their discussion with Oprah.  The royal family has been accused of racism and indifference toward Meghan, who is biracial and American.  Meanwhile, Meghan's credibility has been questioned and British broadcaster Piers Morgan has left Good Morning Britain after strongly criticizing Meaghan.

I can certainly understand Prince Harry's disdain for the papararazzi and the British tabloids, considering the role they played in their mother's tragic death.  Harry has expressed a fear of history repeating itself.  Yet, he and Meghan are not exactly keeping a low profile.  Their interview with Oprah ensures that they will remain in the public spotlight for some time to come.

Let's look back at the results of previous royal interview.  The most well known, until now, is Princess Diana's 1995 interview with Martin Bashir on Panorama, the British current events and documentary program.  That was Diana's first solo interview.  It occurred after her separation from Charles and nine moths before their divorce. The interview was controversial and quite candid.  Diana dealt with some difficult issues, such as her mental and physical health, palace intrigue, adultery and the future of the monarchy.  She discussed her self-harm, her bulimia, Charles' unfaithfulness with Camilla and her own unfaithfulness.  She uttered the famous phrase that "there were three of us in this marriage, so it was a bit crowded."

In November of 2019, Prince Andrew, the Queen's second eldest son, gave a disastrous interview on a Newnight special.  He told the BBC's Emily Maitlis that he did not regret his friendship with convicted sex offender Jefferey Epstein.  He stated that their association was "actually very useful" and that Epstein's New York home was "a convenient place to stay."  The interview only served to harm Andrew's image further.  The Duke of York is no longer carrying out royal duties and his reputation has been destroyed.

Why do members of the royal family agree to television interviews, given the dubious history of those events?  In the case of Diana and Meghan, it seems these two woman had a  desire to get their side of the story out, no matter the costs.  They felt wronged and they wanted the world to know how unfairly they have been treated and how they have suffered at the hands of "The Firm."  For them, it was a matter of influencing public opinion.

For her part, the reigning monarch, Queen Elizabeth II, has a different attitude.  Her mantra is "never complain, never explain.  The Queen prefers to keep family matters behind closed doors.  She would never sit down with an interviewer and spill her guts.  For her, privacy is the order of the day and problems should remain in the closet.  The problem is that every family has dirty laundry and the royal family is certainly no exception.  Should that dirty laundry be aired to clear the air, find closure and make amends?  Is a television interview the best way to deal with the royal family's skeletons.

Camilla, Dutchess of Cornwall has chosen to keep very quiet, at least in public.  I can't think of a single, memorable quote from her.  She didn't even respond publicly when Diana called her a "Rottweiler" over her affair with Prince Charles.  However, I'm quite certain that Camilla has had a lot to say in private.  She's just been holding her tongue.

Queen Elizabeth ascended to the throne in 1952 and she is the first British monarch who has had to deal with television.  Now she has to deal with the internet and social media.  There is no doubt that modern technology has made life a great deal more complicated for her.  She and her family have to contend with situations that previous royals had never had to think about.  Yet, she has made an effort to adapt, even appearing on Zoom (Princess Anne apparently taught her how to use it).

The media haven't helped heal the rift between Harry and his brother, Prince William.  In fact, William is said to be afraid that anything he says to Harry will end up on American television.  However, I don't think it's all the media's fault.  Members of the royal family use the media for their own purposes, especially if they have a message to send out.

Let's face it, the public also plays a big role in the treatment of the royal families as celebrities.  We provide an audience for gossip and innuendo about the royals.  We lap it up.  If there wasn't a demand for coverage of the royal family, the media would ignore them.  The lives of the British royal family are entertainment for the masses.

CBS has revealed that nearly 50 million people in 17 countries around the world have watched Oprah Winphrey's interview with Harry and Meghan.  17 million people have seen it in the United States, as well as 13.3 million in the UK.  Those numbers are sure to increase due to streaming platforms.  CBS is already planning a Friday night rerun.  No wonder!  According to CBS, the interview is the highest-rated entertainment special since the 2020 Academy Awards ceremony.