Letter from a friend of Bobby Buntrock (Harold on Hazel) 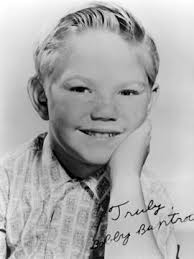 This is third article I've posted about child TV star Bobby Buntrock.  Bobby played Harold Baxter on the popular 1960s sitcom Hazel, starring Shirley Booth in the title role.  He retired from acting in 1967 and moved to Keystone South Dakota with his family.  He eventually joined the South Dakota National Guard.
On April 7, 1974, Bobby died tragically in a car accident in South Dakota when his car veered off a bridge under construction.  He was only 21 years old at the time of his passing.  There seems to be a great deal of interest in Bobby and his untimely death.
I recently received an lovely email from Harry Cordova Sr., who went to high school with Bobby and later ran into him when they were both serving in the military.  Here is the email:
"I first met Bobby when my friend and I were kicked out of Franklin HS in Highland Park, Los Angeles.(my third of four high schools) and we ended up over at the Eagle Rock High School in 1967-68.  There we became friends and he would occasionally borrow 25 cents and I would tease him about having all that money from Hazel.  He said it was in a "trust" and he didn't have it yet,  By the way, he always paid me back.
Fast forward to 1971 . . . I was drafted in AIT (Advanced Individual Training) in Fort Ord, California.  One day I was coming out of the mess hall and I see this guy who was vaguely familiar and he's scrubbing trash cans.  I look at his name tag on his fatigues and sure enough it was his name.  He said he was with the South Dakota National Guard and we reminisced about those days at Eagle Rock High until we both got yelled at by the mess mess sergeant.
I was saddened to hear of his death years later.  Truly a nice guy."
Note: To read my other posts on Bobby Buntrock, click on the links below.