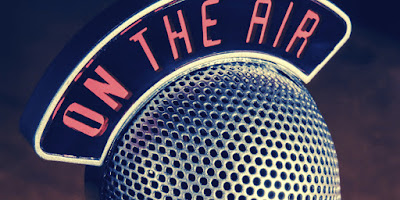 I was recently made aware of a radio show about TV that should interest you.  On April 21, I received an email from Christopher Korman, son of comedian Harvey Korman of The Carol Burnett Show.  In his email, Christopher mentioned that he would be on TV Confidential this week

TV Confidential dubs itself  "A radio talk show about television."  It is hosted by Ed Robertson, an award-winning author and journalist.  Podcasts of recent editions of TV Confidential are available for free in their entirety on the TV Confidential website.  You can also listen to excerpts from TV Confidential on YouTube. 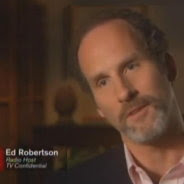 Here is a blurb describing TV Confidential that appears on the show's website:

TV Confidential is a two-hour radio talk show about all aspects of television that directs itself to the Baby Boomer, Generation X and senior markets. Each edition features lively interviews with special guests on topics related to popular network TV shows and the state of the medium in general. Listeners can participate by emailing talk@tvconfidential.net. Our audience encompasses listeners from all parts of the world, including many who work in the film, radio and television industries. The common bond is their unbridled passion for the past, present and future of television programming.

Thanks to the email from Christopher Korman, I listened to TV Confidential for the first time and enjoyed it immensely.  This is a must for television aficionados and I highly recommend it.  Here is the link to TV Confidential's webpage: http://www.tvconfidential.net/


EDITOR'S UPDATE (June 19, 2016):  The second segment of Chris Korman's interview will be airing on TV Confidential from June 29th to July 4th, 2016.  You can find the first segment in the Archives section of the website.