Well, Y&R fans, what can we say about Dr. Neville?  We can say that he's seldom called by his first name - Simon - even by Ashley Abbott.  We can also say that the man is obviously a genius, a 21st century miracle worker. After all, he cured Ashley of a brain tumour.  Why aren't doctors from all over the world converging on Genoa City.  This is an incredible medical breakthrough. Neville should definitely win the Nobel Prize for Medicine.  Oh yes, and he's really hung up on "Ma Abbott."  I like the combination, but it will probably be a while before they get together.  On soaps, the road to romance has many twists and turns  and detours.  By the way, only Dr. Neville would describe his beloved Ashley as having "incredible bone structure."

So Natalie has removed her glasses and revealed a more attractive hair style - not that her transformation was very surprising.  It was inevitable that she would move away from her computer geek image.  She's sure going to make an enemy of Mariah if she goes after Kevin, which she probably will.  Speaking of Mariah, she could be a real lose canon.  She's bitter about not getting a share of the Passkey profits as part of the deal with Victoria and Newman Enterprises.  Kevin and Natalie will be getting some money, so Mariah is really irked.  She'll really see red if she loses Kevin to the Swiss Miss.  Who knows what she'll do.  Mariah could be capable of anything if she feels disgruntled and scorned.

I must say, I enjoyed those flashbacks of Victor and Nikki's first wedding.  It was a beautiful.

Isn't Max a little demon of a child.  I understand that he lost his mother and that he's had to adjust to Abby as a stepmother.  That still doesn't excuse him from being such a brat.  He is very manipulative too.  When it suits his purposes, he can appear sweet and angelic.  He can pour on the charm if he has to.  Yet we all know he's up to know good.  He's been thinking about Abby falling down the stairs and losing her baby.  However, I think something else will happen.  It's going to be more complicated than that.  By the way, In my opinion, young Jared Breeze, the actor who portrays Max, is doing a great job in the role.

It was pleased that Esther (Kate) Linder was actually shown working at the coffee house.  The next step is to get her involved in a storyline.  I'm sure Kate doesn't want Esther to be just seen just serving coffee and refreshments.

Victor and Ian Ward may form an unholy alliance.  If it serves their purpose, they'll do it.  We know that Victor won't stay in prison forever and that dastardly Ian Ward wants to escape.  Perhaps the prison doctor, Meredith, will help Victor escape.  She seems quite sympathetic to the prisoners and has taken quite an interest in "The Moustache."

"Snowflake" has really fallen for Luca Santori.  She's definitely forgotten about her absent boyfriend, Kyle.  However, it seems that Luca hasn't had much competition.  Does Kyle even phone Summer from New York?  We'll soon out about the real Luca.  Is he trustworthy or is he an opportunist?  What are his motives?  Does he want to marry into the wealth Newman family.  In the previews after Friday's show on Global TV, we heard Nick Newman saying that he doesn't want that "lowlife" near his daughter.  He sounded like Victor whose always saying that he doesn't want "that useless punk, Billly Boy Abbot" to be with his daughter Victoria.  Well, you know what they say.  The apple doesn't fall far from the tree . . .

It seems that Victoria miscalculated big time.  She tried to have it all.  She wanted to end the feud with the Abbots, secure control of Newman Enterprises and get Billy back on her terms.  She set out quite an ambitious agenda for herself.  When she visited Victor in prison, she even told him to "watch me!"  However, it appears that Victoria's grand plan has backfired.  Billy isn't exactly thrilled about being fired from his family's business, even though Victoria intended to save him from ruination.

Billy will probably end up with Phyllis for a while.  That seems inevitable.  They are going to ruffle a lot of feathers, but it won't last either. 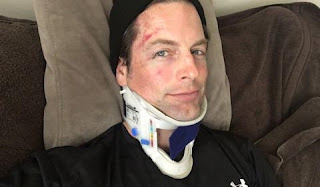 Fans were disappointed and dismayed when Michael Muhney was let go from his role as Adam Newman on The Young and the Restless.  Although Jason Hartley has done a fine job as Michael's replacement, Muhney has not been forgotten.  On Saturday. April 9, the actor suffered a concussion and some pretty nasty cuts and bruises while participating in a Southern California bike race.  He was involved in a high speed wipeout that left his head and body quite battered.

"At least now I can donate my brain to NFL research, Michael jokingly tweeted.  He thanked fans for their support.  "I embrace the moments in life when I get knocked down," he wrote.  It makes [me] wiser, more careful and ultimately stronger."

Alicia Coppola joins the cast of Y&R as prison doctor 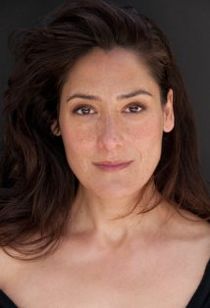 Alicia Coppola has joined the Y&R cast.  The 48-year-old mother of three portrays Dr. Meredith Gates who works at the prison infirmary looking after prisoners such as Victor Newman.  Alicia, a, a native of New York, is best known for her past role as Lorna Devon on Another World.  After leaving AW in the mid-90s, she went on to star in several films and television shows, including National Treasure: Book of Secrets, NCIS: Los Angeles, Common Law, Jericho, Cold Feet, and Trinity. 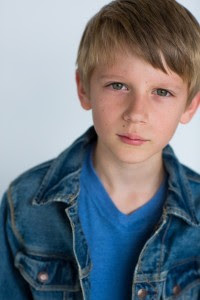 Max Rayburn (Jared Breeze) is an angry little boy.  Will he cause harm to his stepmother Abby's unborn baby.


Do you think Abby will lose her baby?

That's all for now.  The next edition of Y&R Report will appear in this space on Saturday, April 30, 2016.  I'm looking forward to seeing what spring brings to the residents of Genoa City.  Who will have spring fever?

Note; Stacy Haiduk, who portrays Patty Williams has been filming scenes.  Watch for the return of Patty Cakes, sister of clueless Genoa City police chief Paulie Williams.  Will she form a partnership with Ian Ward again?  Is there more behind the murder of Dr. Anderson that we don't know?  Stay tuned!