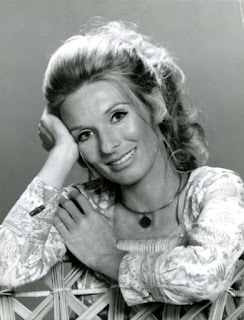 Cloris Leachman turns 92 years old today.  She was born in Des Moines, Iowa, USA on April 30, 1926.  The actress and comedian is probably best known for her portrayal of Phyllis Lindstrom, Mary Richards' busybody landlord on The Mary Tyler Moore Show.  Phyllis was married to a dermatologist named Lars, whom viewers never saw on screen.  Their young daughter, Bess, was played by Lisa Gerritsen.  As Phyllis, Cloris appeared in 37 episodes of the show's 168 episodes, including the final episode in 1977.

From 1975 until 1977, Cloris starred in a spin-of Mary Tyler Moore's show, with the eponymous title of Phyllis.  The series chronicled the life of Phyllis Lindsrom as she moved back to her hometown of San Francisco after the sudden death of husband Lars.  The newly-widowed Phyllis tried to make a new life for herself and her teenage daughter, Bess, still played by Lisa Gerritsen.  Phyllis and Bess moved in with Lars' mother, Audrey (Jane Rose), and Audrey's second husband, Judge Jonathan Dexter (Henry Jones) and Phyllis found employment as the assistant to the CEO of a photography studio.


Cloris Leachman has a long history on television, going back to the medium's earliest days.  In 1947, she appeared int the drama Carnegie Hall, in an uncredited role as a dancing nightclub patron  Many people think of June Lockhart as the mother on the long-running Lassie series. However, Cloris played matriarch Ruth Martin on the show from 1957 to 1959, before June Lockhart took over the role.

Cloris married Hollywood impresario George Englund in 1953.  They divorced in 1979 and Englund married for a second time in 1980, to Bonnie Graves.  He died on September 14, 2017 at the age of 91, following complications from a fall.  The producer, director and screenwriter was known for such films as The Ugly American (1963) and The Shoes of the Fisherman (1968).

Cloris and George were married for 27 years and they had five children, four sons and a daughter: Bryan, Morgan, Adam, Dinah and George. Their eldest son, Bryan Englund (born June 21, 1955), was found dead under mysterious circumstances at a Manhattan YMCA on February 25, 1986.  The struggling actor, known for The Prowler (1981), High Anxiety (1977) and Crazy Mama (1975) was only 30 years old at the time of his passing and reports differ as to the cause of his death.  Some say he died of an overdose of ulcer medication, others from a cocaine overdose.  United Press International (UPI) reported that police officers found two bottles of prescription ulcer medication nearby.  According to UPI, a spokesman for the New York City Police Department said that police did not suspect foul play.  Results of an autopsy performed on February 16, 1986 were inconclusive, but New York City's Medical Examiner, Dr. Elliot Gross, stated that officials planned further chemical testing,

George Englund, Jr. (born May 21, 1957) is a production manager and composer. (At the suggestion of George Sr., he became Cloris' manager, according to a April 19 2010 article by Barbara Turnbull in the Toronto Star.  "I've never been cared for so much and so brilliantly in all my life as he's been caring for me," Cloris is quoted as saying in the Star article.

Morgan Englund (born August 25, 1963) portrayed Dylan Lewis in six episodes of the daytime drama Guiding Light during.  His last appearance on the soap was in 2009.


Cloris Leachman's prolific acting career has spanned more than seven decades.  She is the recipient of eight Primetime Emmys and the winner of an Academy Award for Best Supporting Actress for her performance as unhappy housewife Ruth Popper in the film The Last Picture Show (1971).

* From 2001 to 2006, Cloris had the recurring role of Ida on Malolm in the Middle, for which she won two Primetime Emmys.

* In 2008, at the age of 82, Cloris appeared as a contestant on the seventh season of ABC's Dancing with the Stars.  She was paired with ballroom dancer Corky Ballas,

* Cloris is an animal rights activist.  She is a vegetarian and a staunch supporter of People for the Ethical Treatment of Animals (PETA).

* Cloris co-wrote her autobiography with ex-husband George Englund.  It is titled Cloris: My Autobiography and was published in 2009 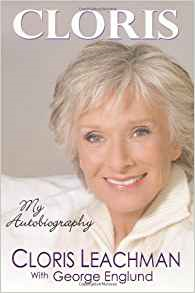 - Joanne
EDITOR'S UPDATE: Cloris Leachman passed away on January 27, 2021 at the age of 94.  She died in her sleep at her home in Encinitas, California.  The cause of her death was a stroke and there were reports that COVID-19 was a contributing factor.
Posted by Joanne at 11:47 PM