New seasons of some of Netflix's most popular shows are set to premiere in July of 2019.  These include Stranger Things, Queer Eye and Orange is the New Black.  Stranger Things returns for a third season on July 4th.  The fourth season of Queer Eye is coming on July 19tth and the seventh and final season of Orange is the New Black will debut on July 19th.  Since this will be the last season for the prison docudrama, some of the cast may be released or killed.

* The Great Hack, the 2019 Nexis documentary about the effects of the Cambridge Analytica scandal, had its premiere at the Sundance Film Festival in January.  It will be released on July 24th.

* Workin' Moms, the series about Toronto mothers who return to their jobs after maternity leave, will return for a second season on July 25th in the United States.  Three seasons have already been aired in Canada.  Also on July 25th, Netfix will present The Great Hack.

* The first season of the science fiction web television series. Another Life, is scheduled to premiere on July 25th.  It follows an astronaut and space crew on a mission to investigate the origins of an alien artifact.

Note: Season 3 of Glow will not be released until August.  The woman wrestlers will find themselves in Las Vegas.

Starting at the beginning of July, Amazon will release some new content.  The 2019 drama, Under the Silver Lake, arrives on July 1st.  The film stars Andrew Garfield and it is the story of a man who encounters a mysterious woman.  She disappears and he searches all over Los Angeles for her.

Season 4 of All Or Nothing begins on July 19.  On July 26th, the much-anticipated series, The Boys, will make its debut.  It presents a world controlled by superheroes.  A group of vigilantes oppose them.  The Boys is very violent and not appropriate for younger viewers.  Season 3 of another Amazon Original series, Dino Dana, also premieres on July 26th.

On June 18th, 2019, Hulu CEO, Randy Freer, appeared on CNBC's Squawk Box.  He spoke about his company's revenue growth and the "streaming wars."  Freer claimed that with Walt Disney Company in control of Hulu, "investment in original programming will increase significantly."  "We are going to invest more and more upstream and find the best stories and the best creators to make shows for the company," Freer stated.  However, Hulu representatives later made it clear that that the investments would more about refocusing the company's resources, rather than spending a great deal more money.

Disney has also discussed bundling its ESPN+ programming and its soon-to-be-launched Disney+ streaming service with Hulu, but has not revealed the cost of  this bundle or when it would be available.  Disney+ is scheduled to make its debut on November 12, 2019.

With 148 million subscribers and a worth of $157 billion, Netflix is the world's leading streamer.  and it doesn't have ads.  Thank goodness!  However, Hulu, now under Disney control, does have ads and they are very lucrative. 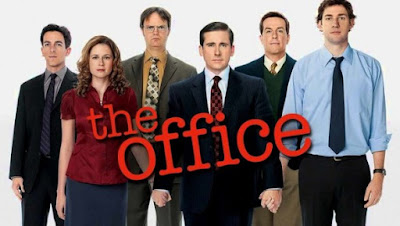 Netflix is losing a very popular show and it's all due to the streaming battles.  More television and movie makers are launching their own streaming services and taking back their own programming.  That's what has happened in the case of The Office.  Beginning in January 2021, the series will be shown on the NBC streaming service in the United States.  In a tweet posted June 25, 2019, Netflix stated that it was "sad that NBC has decided to take The Office back for its own streaming platform - but members can binge watch the show to their hearts' content ad-free on Netflix until January 2021."

Although Netflix has been spotlighting its original shows and movies, previously televised shows remain popular with viewers.  According to Nielsen ratings, The Office was the most watched show on Netflix in 2018.  That's why this is not good news for the streaming giant.  According to The Hollywood Reporter, NBCUniversal, the parent company of producers Universal TV, is paying $500 million to pull the hit series away from Netflix.

Disney was actually the first to hit Netflix when it revealed in 2017 that it would remove its movie library for Disney+.