The Family of Kelly Ripa and Mark Consuelos


Lola Grace Consuelos, the only daughter of Kelly Ripa amd Mark Consuelos, graduated from high school on June 13, 2019.  Lola, who was born on June 16, 2001, celebrates her 18th birthday today.  Kelly and Mark also have two sons, 22-year-old Michael Joseph (born June 2, 1997) and 16-year-old Joaquin Antonio (born February 25, 2003).  Lola is set attend New York University in the fall, where brother Michael is majoring in film and television production. (He has interned for Blumhouse Productions in Los Angeles).

New Jersey native Kelly Ripa, born October 2, 1970, is a dancer, actress and talk show host.  Kelly joined the cast of the daytime soap All My Children as Haley Vaughan in 1990. It was her first major acting role.  Kelly's husband, Mark Consuelos was born in Zaragoza, Sapin on March 30, 1971, the youngest of the the three children of a Mexican father and an Italian mother.  He grew up in Lebanon, Illinois and Tampa, Florida.   In 1994, he graduated from the University of South Florida with a degree in marketing.  While living in Illinois, Mark appeared in a production of Hello, Dolly! at the Looking Glass Playhouse.in Lebanon.

Kelly met Mark met on the set of All My Children in 1995 when he screen-tested with her for a part o n the soap.  Mark was cast as Mateo Santos, and the two had a real-life romance.  In 2018, Kelly told Radio Andy host Bruce Bozzi that she knew Mark was "the one" before she even met him in person.  "I knew when I saw his photograph," Kelly declared.

The couple eloped to Las Vegas and tied the knot on May 1, 1996.  Three children followed.  Oldest son Michael resembles his father so much that he plays the younger version of Mark's character (wealthy and villainous Hiram Lodge) on the CW drama Riverdale, which is loosely based on the Archie comics.

On February 5, 2001, just before giving birth to Lola, Kelly replaced Kathie Lee Gifford on the syndicated morning talk show Live with Regis and Kathie Lee.  In January of 2011, Regis Philbin announced his retirement on Live with Regis and Kelly, after a 28-year-run on the show.  Regis was replaced by former football star Michael Strahan and the show was renamed Live With Kelly and Michael.

In April of 2016, Strahan suddenly announced that he was leaving Live to be a co-host on Good Morning America.  It was an awkward situation and there were also kinds of rumours about his relationship with Kelly.  Strahan later told People magazine that he and Kelly "didn't really communicate that much" before he left Live.  "The most disappointing thing," he stated, "was that I was painted as the bad guy"  "I don't want people to see me as 'Oh, he just ran out, just left them there.'  That's just not true."

After a year-long search for Strahan's replacement, it was announced that Kelly's new co-host would be Ryan Seacrest of American Idol fame.  On May 1, 2017, Seacrest began co-hosting Live with Kelly and Ryan on a permanent basis.

* From 2003 to 2006, Kelly Ripa and Faith Ford starred in the ABC sitcom Hope and Faith.  Faith Ford portrayed Hope Shanowski, a mother of three in the Cleveland suburb of Glen Falls, Ohio.  Kelly played her younger sister, Faith Fairfield, a self-centred soap opera star whose character was killed off, prompting her to move in with Hope and her family in Ohio. 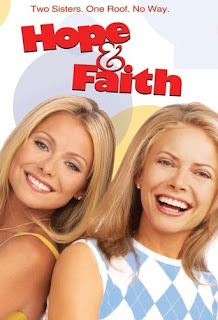 * Michael Consuelos did voice characterization for two popular American animated series: Duck Dodgers in 2004 and Go, Diego Go! in 2006 and  2007.  He launched his acting with his portrayal of Mike in the 2012 film The Bensonhurst Spelling Bee.  He was the assistant producer of three 2018 episodes of the family situation comedy, The Goldbergs.  In 2018, the Television Critics Association Summer Press Tour announced that Michael would play the role of the teen version of Mark's Riverdale character, Hiram Lodge, in a flashback episode.


* When Lola Consuelos was asked in an interview about her father's role on Riverdale, she remarked that her father is finally in a show that she actually watches.

* Michael Consuelos appeared on the November 7, 2018 episode of Live with Kelly and Ryan.  When co-host Ryan Seacrest asked him if there is anything he can get away with at home without his mother finding out.  Michael quipped, "I can get away with something but she'll always find out . . . I'll come home from school (college) and my mom would be like, "Is there anything that you want to tell me about?"  And I'd confess everything, even stuff she didn't know about, so she wouldn't find out everything immediately."

* In November of 2018, Joaquin Consuelos shared a pork tenderloin recipe on Live with Kelly and Ryan.

* Kelly had a guest-starring role in an episode of Riverdale earlier this year.  She played the mysterious Mrs. Mulwray, alleged mistress of Hiram Lodge, husband Mark's character.  According to Entertainment Weekly, the CW Network described Mr.. Mulwray as "a beautful, icy, femme fatale who finds herself embroiled in a conspiracy much bigger than she initially thought.

* Kelly and Mark's youngest son Joaquin, whom Kelly often refers to as her "newborn," has dyslexia and dysgraphia (inability to write coherently).  In 2017, Kelly became emotional on the air over Joaquin's learning struggles.  She told Ryan Seacrest how she "broke down crying" after her son's teacher said he we was doing great and getting good grades.

* On October 12, 2015, Kelly Ripa, accompanied by her family, was honoured with a star on the Hollywood Walk of Fame.

* In 2016, Kelly and Mark celebrated their 20th anniversary with a vacation to Turks and Caicos.  Kelly revealed on Live! that she wore her wedding dress and that it still fits.