In his latest incarnation, Adam Newman has really gone over to the dark side.  He has become so evil and immoral that Sharon is disgusted with him and Victor has kicked him off the Newman property.  That doesn't make it easy for Mark Grossman, the new Adam, to win any popularity contests with fans.  It's difficult to muster any sympathy for Victor's prodigal son.  He has bullied Kevin and he wants to take Christian away from Nick, the only father he has ever known.

In Adam's defence, though, his siblings and Billy shut him out and never gave him much of a chance, especially Billy Boy.  They continually refer to him as Delia's killer.  Adam did not intend to kill Delia.  Her death was an accident and wouldn't have happened if Billy hadn't left her unattended in the car while he went to buy some ice  cream.  Adam should have gone to the police and told them what happened.  He should have owned up to what he did.  Instead, he tried to hide it.  Still, he does not deserve all the blame for Delia's death.  Billy shares much of the responsibility, but he puts all the blame on Adam in order to assuage his own guilt.

Adam is very resourceful.  He somehow always survives.  He got control of Dark Horse, Nick's company, and he managed to buy Neil's penthouse from Dr. Nate.  So, he has a place to live now that he can't stay on the Newman ranch.  Adam has many enemies, but he manipulates his way around them.  Now he has formed an unholy alliance with Phyllis.

Princess Victoria Newman is on cloud nine.  She is now the CEO of Newman Enterprises while daddy Victor takes a break to deal with his health issues.  However, Victoria's triumph could be short-lived.  Here's what I think might happen.  As Y&R viewers know, Victor Newman has a rare blood disease called PNH.  PNH can be treated with a bone marrow transplant from someone of similar genetic background.  Adam, of course, would be the best donor, but he may refuse to save his father's life unless Victor makes him CEO of Newman Enterprise.  That puts Adam in the catbird seat and leaves Victoria out in the cold.

That was quite a scene between Victor and Nick.  The Great Victor Newman actually admitted that he was wrong when he tried to win custody of Christian from Nick.  He even apologized to his son, who was so touched that there were tears in his eyes.  That was quite an admission from Victor because "The Moustache" is not the type of man who likes to admit his mistakes and very rarely does.  This was a an exceptional move on his part.  Nick couldn't believe his ears.

It's so good to see Doug Davidson back on Y&R.  I'm also pleased that Melissa Claire Egan is reprising her role as Chelsea Lawson and that Greg Rikaart is back as Kevin Fisher.  As for Michelle Stafford's return as Phyllis, I'm also pleased about that.  Gina Tognoni was really good and I will miss her.  It's just that Michelle plays Phyllis like no other.  Fans really appreciate the familiar faces, but I think that's enough for now.  There are rumours that Billy Miller is going to return as Billy Abbott.  I really enjoyed Billy Miller in the role, but I've gotten used to Jason Thompson's portrayal of Billy.

Chloe (Elizabeth Hendrickson is back again)

It's not surprising that Elizabeth Hendrickson is returning as Chloe Mitchell again, given head writer Josh Griffith's penchant for bringing back familiar characters.  Elizabeth was last seen on The Young and the Restless back in February of 2017.  She's been playing the role of Margaux Dawson on General Hospital, but recently left GH.

Chloe is unbalanced.  She hates Adam and is determined to make him pay for the loss of her daughter, Delia.  So, Adam is going to have to be careful.  His enemies lurk everywhere.

It's about time that Traci Abbott had a little romance in her life, but is Cane Ashby the right guy for her?  Maybe, but I have my doubts. It's a gamble. Candy Cane can be charming and it's understandable why Traci has fallen for him.  Still, he is just getting over a painful divorce from Lily and he is lonely and vulnerable.  Is he just using Traci to fill a void in his life because Lily has rejected him?  Would he go back to Lily if she changed her mind?  Is he only seeing Traci on the rebound?  Would he let Traci down the way he let Lily down?  Has he finally overcome his weaknesses.  Is Cane worth the risk?  Would do you think, fans?  Reply to my poll below and let me know.


Do you think Cane and Traci are a good match?
Survey Maker | Make Surveys in Minutes | PollMaker


That's all for now.  Please remember that the next edition of Y&R Report will appear in this space on Saturday, July 6, 2019.


TO MY CANADIAN READERS: HAPPY CANADA DAY ON JULY 1st 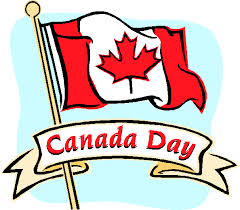 TO MY AMERICAN READERS:  HAPPY INDEPENDENCE DAY ON JULY 4th

Have some great summer fun!