Y&R Report (Saturday, January 2, 2021) The Latest on The Young and the Restless

A new year has dawned and we will see what 2021 brings to Genoa City.  I really hope that Nick Newman finds something useful to do with himself this year.  He spends most of his time hanging around Phyllis at the Grand Phoenix and cavorting with her.  Aside from that, he checks in on Sharon and Faith.  I realize he's doing some worthwhile work building low rental housing, but he never looks very busy, unlike his sister.

My oh my!  Isn't Princess Victoria Newman quite the workaholic?  She spent Christmas Eve in her office hard at work.  Wow!  She sure gave Ebenezer Scrooge a run for his money.  Scrooge worked on Christmas Eve, but he was a prominent businessman, not a CEO.

I don't know about you, but I found Victoria's behaviour difficult to fathom.  She is the CEO of Newman Enterprises, supposedly a multinational conglomerate.  How many CEOs of multinational corporations need to work on Christmas Eve?  In non-COVID times, they generally vacation in tropical settings.  I just don't think you'll find many bigtime CEO's ensconced in their offices on the evening of December 24th.  Victoria really needs to get a life.  She's trying to hide the fact that Billy and Lily's new romance disturbs her greatly.  However, she's not doing a very good job of it.  It's written all over her face.

As for Lily, she's not too concerned about Victoria right now.  She's just enjoying the bloom of her new romance.  However, the Princess will get to her sooner or later.  Billy will eventually mess up and the bloom will come off the rose.  That's what happens on a soap.

Y&R's writers have been portraying Victoria Newman in a very unflattering light.  They have turned her into quite an unlikeable character.  Phyllis is embroiled in a nasty feud with the Princess and there is a growing rift between Nick and his sister.  If this were a card game, the fiery redhead would have a good hand to play.  Phyllis being Phyllis is bound to overplay her hand and lose Nick in the process.

I know Abby wants to have a child, but why is she in such a rush?  It's not as if she's 40 years old and her biological clock is ticking.  She just got married.  Why doesn't she settle into the marriage first?

Here are my comments about the wedding of Sharon and Rey:

Firstly, it seemed strange that Nick Newman, Sharon's ex-husband was the best man.  It's great that they all get along so well, but that might be taking it too far.  As for Reverend or Judge Arturo officiating at the ceremony, that was ridiculous.  Why would Arturo suddenly take a course so that he would be qualified to marry his brother?  Devon did the same for Abby and Chance's wedding.  Can they not hire someone to portray a member of the clergy or a justice of the peace?  Maybe they can't because of COVID regulations.

Secondly, why did Chance and Abby get all dressed up in tuxedo and gown and then suddenly decide to skip the ceremony so they could spend a cozy New Year's Eve together?  I know they are in love, but please . . . They have lots of nights to spend alone together.  I also wonder why no one at the wedding seemed to notice that the lovebirds were missing.  There weren't many guests at the wedding, so their absence would certainly have been noticed.

As for Sharon and Rey, I don't think their marriage has a chance of lasting.  Rey should not have married her, knowing that she is still drawn to Adam.  She and Adam will hook up sooner or later.  Phyllis knows how Adam's mind works and she was absolutely right when she told him that Sharon is the one he really wants.  Right now, Adam feels guilty because he knows that if he hadn't been spying on Sharon's wedding, he would have been there with Chelsea when she had a stroke.

I really hope Sally Spectra doesn't get romantically involved with Jack Abbott.  Can't the writers find anyone else for Jack?  I'd rather see Sally go after Kyle.  Maybe she'll get involved with someone else.  I actually thought she had good chemistry with Theo, but he's gone to Paris.  I think Sally's a very interesting character and I hope the writer's do her justice. 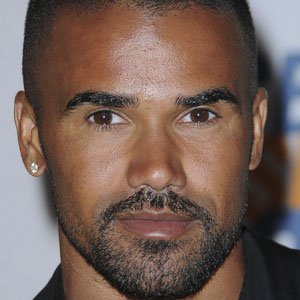 Shemar Moore, who played the role of Malcolm Winters, younger brother of Neil Winters (Kristoff St. John) on Y&R, has tested positive for COVID-19.  The actor revealed his diagnosis on Instagram on Christmas Eve.  He stated that his symptoms originally felt like food poisoning but he is feeling well overall.

Shemar is among a select group of  Y&R alumni who have made it big on prime time television.  Tom Selleck and Justin Hartley are others who come to mind.  After leaving Y&R, Moore co-starred on Criminal Minds.  He currently stars on S.W.A.T.

The Newman family has a history of marrying the same person more than once.  Victor and Nikki are a prime example.  Most fans have lost track of how many times they've been wed.  Victoria and Billy Boy have had two legal weddings, a ceremony in Jamaica that was not legal, and a commitment ceremony in Genoa City that was not legal either.  Nick and Phyllis have already been married twice.  They are back together again, but have decided not to make it official this time - at least for now (one never knows with a soap).  What do you think, fans.  Should Nick and Phyllis remarry?  Would the third time be the charm?  Respond to the poll  below and let me know.

Do you think Nick and Phyllis should remarry?
Create a Poll
NOTE TO READERS
If you have any comments on Y&R, please email them to me with "Viewer Forum" in the subject line. I will be happy to publish your comments and reply to them  You do not have to use your real name.
My email address:  jmadden16@yahoo.ca

That's all for now.  Don't forget that the next edition of Y&R Report will appear in this space on Saturday, January 16, 2021. 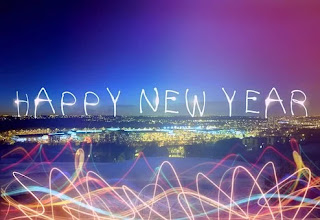